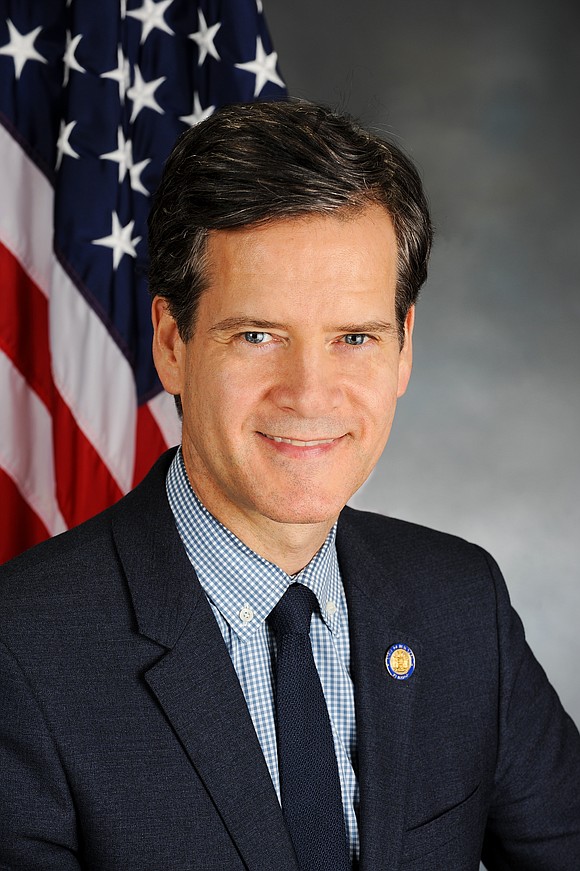 Originally designed for commercial use in the early 20th century, 212 Fifth Avenue was converted into 48 residences in 2016 by Madison Equities. Amazon head Jeff Bezos has an $80 million residence in the building for the elite, which made it the perfect place for activists to voice their displeasure at the wealthy not paying their fair share.

Members of the #MakeBillionairesPay campaign, New York State Senator Brad Hoylman, and organizations such as Strong Economy for All Coalition, New York Communities for Change, ALIGN, Empire State Indivisible, and Jews for Racial and Economic Justice held a protest outside of 212 Fifth Avenue last Friday calling for Bezos to pay a pied-à-terre tax of more than $2.5 million to New York and challenging Amazon’s expansion in New York City and their mistreatment of workers.

Hoylman and protesters believe that second homes in New York that are worth $5 million or more should be subjected to additional taxes. Bezos would owe a pied-à-terre tax of $2.5 million if it went into effect.

“Jeff Bezos is the world’s richest man,” said Hoylman. “He bought an $80 million penthouse on Fifth Avenue last year, but it’s far from his only home: Bezos has multiple luxury apartments on Central Park West, more than 300,000 acres of land in Texas and two neighboring houses in Beverly Hills. He even owns the largest mansion in Washington, D.C., where he recently hosted Ivanka Trump, Jared Kushner and Trump administration leaders at a lavish party. If Bezos can afford all those properties, he can surely afford to pay his fair share in taxes on residences in New York City.”

Bezos was recently spotted shopping for homes in Bel Air and Beverly Hills with some properties listed at $100 million. Stories like these led Hoylman and activists to their actions on Friday.

Hoylman demonstrated the gap between the wealthy and everyone else when he read from the Sotheby International listing for Bezos’ multimillion dollar penthouse. The state senator made sure to include facts such as a private bathroom in every bedroom, a $5,000 dog bed, views of the Empire State Building from the master bedroom and a wraparound terrace.

According to a report by CNBC, Amazon’s closing price brought the company’s market capitalization to $1 trillion and Bezos sold $1.8 billion of stock over the past week.

Stories like the aforementioned one make Michael Kink, leader of the #MakeBillionairesPay campaign and executive director of the Strong Economy for All Coalition, believe that economic inequality facilitates taxes like these to be put in place to help marginalized people. He believes some of that help should come from those who’ve benefited from society the most.

“The pied-à-terre tax is aimed directly at New York’s worst-in-the-nation inequality: hundreds of vacant luxury penthouses, 92,000 people living in shelters or on the streets, and 112 billionaires who aren’t paying their fair share,” stated Kink. “It’s time to tax billionaire wealth—including their second, third, fourth and fifth homes—so New York can build homes for people who really need just one.”