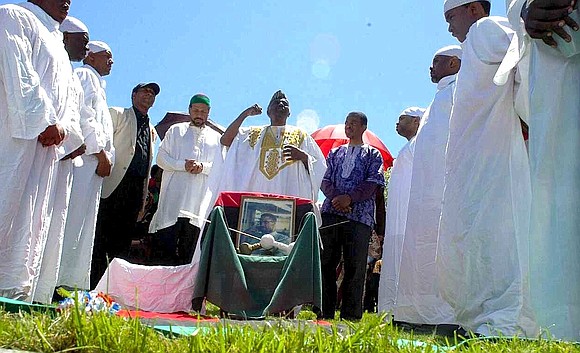 Barry Scheck, a co-founder of the Innocence Project, said that “based on this evidence, we are troubled that the conviction was not vacated in 1978.”

While the Emmett Till and Martin Luther King Jr. murders have been re-investigated, Malcolm X’s still remains shrouded in mystery. Supporters are seeking similar avenues to open a new case.

Paula Johnson, co-director of the Syracuse Cold Case Justice Initiative, says the “purpose of the Emmett Till Act is to fully investigate and resolve just such killings.” The account placing Ray Wood at the scene, warrants further investigation into the knowledge or role of law enforcement in Malcolm X’s death.”

Rachel Dretzin, one of the documentary’s directors discussed an “open secret,” saying, “What got us hooked was the notion that the likely shotgun assassin [Bradley] of Malcolm X was living in plain sight in Newark, and that many people knew of his involvement, and he was uninvestigated, unprosecuted, unquestioned.”

Detective Anthony Bouza states that, “The investigation was botched,” and a “parallel tragedy lies in the NYPD’s obvious stonewalling of any release of records.”

Activists contend it was intentionally done and are demanding that all relevant surveillance files be made available “and disclose what Ray Wood, Gene Roberts, and its other undercover officers reported.”