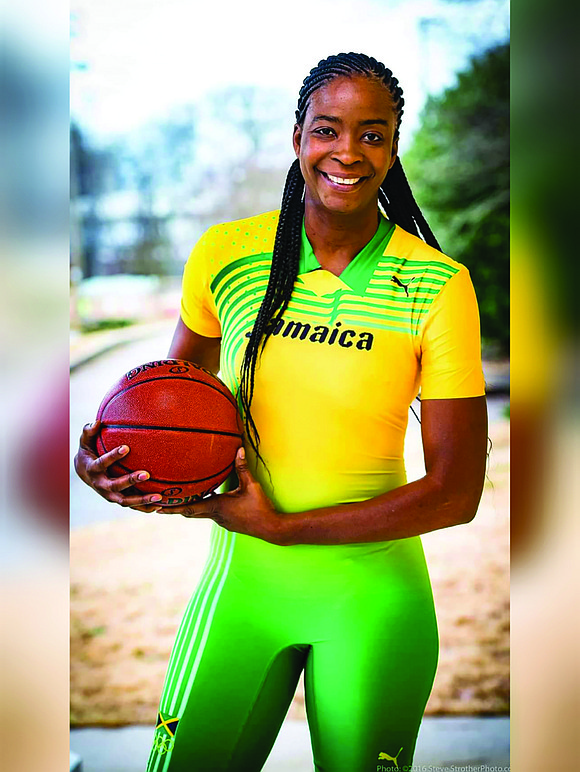 Simone Edwards earned a WNBA title with the Seattle Storm and played with and coached the Jamaican women's national team. Contributed

As the first Jamaican player in the WNBA, Simone Edwards, who was part of the New York Liberty during its inaugural season, has always used her platform as a professional athlete to make a positive impact. During her six seasons with the Seattle Storm, winning a WNBA championship in 2004, she launched a charity, Simone4Children, to provide youngsters in Jamaica with backpacks and school supplies.

On Jan. 14, Edwards opened a learning center in the August Town community where she grew up. It is an after-school program where volunteer tutors, headed by Earl Solomon, will assist kids with their homework and exam studies. Patsy Thomas is overseeing the center. About 50 kids turned up for the opening and Edwards anticipates about 100 kids using the center during an average week.

“It’s to help with academics,” said Edwards. “Once these kids are registered, we will try to track them and make sure they’re on track with their schoolwork. We’ll try to pay for major exams. Trying to make sure no one drops out of school because their parents can’t afford it.”

Edwards’ path through education got a major boost due to her 6-foot-4 height. While playing netball, she was spotted by a U.S. college scout who said if she learned basketball she could earn an athletic scholarship. After attending a junior college in Oklahoma, Edwards played at the University of Iowa. She wants to see others get similar opportunities.

The learning center is currently providing snacks to the kids. Edwards hopes to raise the money that will enable the center to serve full meals at least three days a week.

“Whatever I can afford to do for these kids, I will,” said Edwards. “The main thing is to assist them with their schoolwork. Brilliant minds don’t have anything to do with whether you’re poor or rich. We have to give each kid the opportunity to become great.

“I want them to understand their schoolwork and improve their grades as well as their self-esteem and self-worth,” she added. “On Sunday, we will have the mentorship program.”

Long-terms goals are to get a slab roof for the building and construct a proper basketball court, on which young athletes can hone their skills. Edwards, who works as a motivational speaker, basketball coach and trainer, doesn’t want any child to fail due to lack of money.

“We want to help them all the way until they’re independent. Hopefully, they’ll give back,” she said. For more information, go to Simone4Children.org.