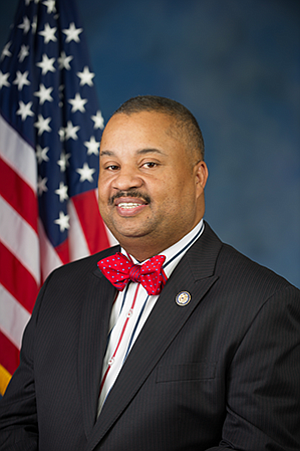 Medicare beneficiaries will be covered when doctors remove cancerous growths, or polyps, during routine colorectal cancer screenings, called colonoscopies. Before the bill became law, Medicare covered the screenings only and patients could face surprise charges for the polyp removals after the procedure. The bipartisan bill had three co-leads: Reps. Donald McEachin, Rodney Davis and Dave McKinley.

“This is a great day for millions of Americans at risk for colorectal cancer,” said Payne. “I have wanted to pass this bill since I lost my father, Congressman Donald M. Payne Sr., to the deadly disease in 2012. Now that it is the law, doctors have more freedom to improve the health and safety of millions of Americans. I know it will increase the number of Americans who get screened for colorectal cancer now that they will not get a surprise bill after the procedure and help save thousands of lives annually.”

Colorectal cancer rates have doubled for Americans under 50 years old in the last 30 years. With the passage of this bill, Medicare is held to the same standard of coverage as private health insurance companies, which must cover screenings and surgeries to remove growths.