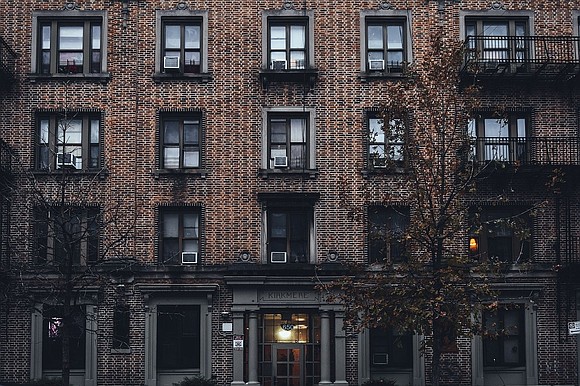 Tenants in New York City can breathe a sigh of relief…for about four months.

On Dec. 28 the New York State Senate voted in favor of extending the eviction moratorium to at least May. Under the COVID-19 Emergency Eviction and Foreclosure Prevention Act, tenants can submit a Standardized Hardship Declaration Form in court or to their landlords demonstrating COVID-19-based financial hardship or having residents in the home who are at high risk of increased illness from COVID-19. The bill also prohibits negative credit reporting and discrimination in extending credit and provides protections against foreclosure and tax lien sales to residential property owners who own 10 or fewer dwelling units, including their own primary residence.

New York State Senator Kevin Parker stated that the people needed a break from struggling and the eviction moratorium should assist them in reaching that goal.

“The COVID-19 pandemic has caused financial hardships for millions of people nationally, from losing their employment, to the death of friends and loved ones––who in many cases were the head of household for their families,” said Parker in a statement. “It was important for us as legislators to come together and provide real relief for New Yorkers during this critical time. No one should live in fear of losing their home, especially not in the midst of a pandemic.”

At the end of September, elected officials decided to extend the moratorium to the beginning of the new year. While that helped housing dwellers, some organizations took offense to the bill. Groups like Housing for All and Right to Counsel NYC Coalition noted that the bill didn’t consider gig economy or undocumented workers who are paid in cash and can’t provide paper proof of hardship. Other organizations, like New York Housing Now, have called for an outright cancellation of rent.

While not involved with the actual vote, some local elected officials weighed in on the results. New York City Council Member Farah N. Louis (D-45) told the AmNews that the people of New York need more than strength to get through this crisis and the moratorium helps with that.

“As New Yorkers, we have always been resilient and recovered from disasters when given a lifeline and a fighting chance,” Louis told the AmNews via email. “The COVID-19 Emergency Eviction and Foreclosure Prevention Act is the right and humane thing to do to ensure that tenants, homeowners, and small landlords are not displaced from their homes for extraordinary circumstances that are far beyond their control.”

Louis noted to the AmNews how much the pandemic has ravaged its way through the Black community via deaths, jobs and no available cash to offset the pain. She said that the extent of the devastation won’t be understood until it’s over. Louis said that while the moratorium is a Band-Aid on a flesh wound, it’ll still provide some help to tenants.

“This is the right step forward by the New York State Legislature to help the most vulnerable among us remain together, in their homes and not on the streets or overcrowded shelters,” said Louis.

Aspiring politicians weighed in as well. New York City Mayoral Candidate Maya Wiley stated that approval was necessary to give tenants a reprieve from the current struggle.

“Albany lawmakers have stepped up to deliver peace of mind for the 400,000 New York City residents who were facing eviction in just a few days,” said Wiley. “By extending the eviction moratorium to May 1, while also strengthening protection for renters, homeowners, and small landlords, we have averted an immediate crisis that would have completely devastated New York City–especially communities and women of color.”

But not everyone is happy with the extension. In a statement first sent to the AmNews, Real Estate Board of New York President James Whelan said that the bill left landlords out in the cold. He said that landlords were on the brink of financial ruin just as much as tenants are.

“If property owners do not receive rent from tenants who can afford it, it will become more difficult for them to use increasingly limited resources to help impacted tenants weather this crisis,” said Whelan. “Additionally, creating a broad incentive for any tenant to refuse rent would place even greater strain on New York’s ailing economy and further deplete the tax revenue that fuels basic government services for our entire population. The burden on owners is already showing, as nearly $500 million in New York City property taxes have yet to be paid this year due to impacts of COVID-19.”

Whelan also stated that elected officials and tenants understand that they’re all in the same boat struggling financially and want the public and the politicians to do right by them.

“The State Legislature should show that it understands we are all in this together––owners and tenants alike––and take steps to ensure all owners can navigate this crisis, continue to meet their obligations and be prepared to fully engage in New York’s eventual economic recovery,” continued Whelan.

Nevertheless, Judith Goldiner, attorney-in-charge of the civil law reform unit at The Legal Aid Society, stated that with the uncertainly of society’s return to business, there needs to be some certainty for at least a short time.

“This critical legislation—which establishes one of the strongest statewide eviction moratoriums in the country—will defend hundreds of thousands of families from eviction and homelessness,” stated Goldiner. “However, the pandemic has proven time and time again to be unpredictable, and we must be ready to quickly enhance the protections afforded in this bill if the virus still poses a significant risk to the health and safety of New Yorkers come May.”