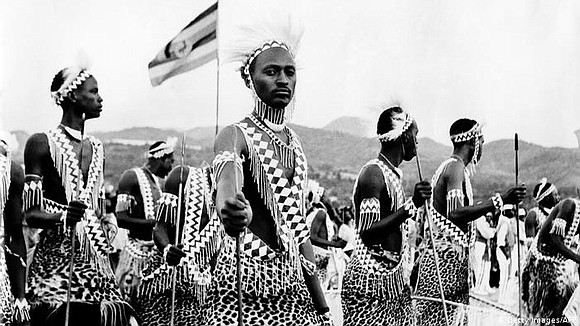 The Namibian government has turned thumbs down to a German offer of U.S. $11.8 million ($10 million Euros) as reparations for Germany’s genocidal extermination of indigenous Herero and Nama people from 1904-1908.

The reparations offer for mass killings by Germany in the colony known as German South West Africa were “not acceptable,” declared President Hage Geingob, adding that the figure was “an insult to Namibia.”

Geingob’s retort was affirmed by Claus Stacker, editor at the German news service DW. “The figure is so shameful and ridiculously low that it in no way resembles a serious offer of reparations,” Stacker said. “Ten million euros can in no way be the result of five years of interrupted negotiations over the mass murder of the Herero and Nama people exactly 116 years ago.

“One thing remains clear and cannot be glossed over,” he continued. “The negotiations must be concluded and an official German apology is long overdue.”

According to the U.S. Holocaust Memorial Museum, German military forces, called Schutztruppe, exterminated hundreds of thousands of indigenous people in present-day Namibia through starvation and thirst in the Omaheke Desert, through forced labor, sexual violence, medical experiments and disease in concentration camps. The goal was to rid the colony of people viewed as expendable and thus gain access to their land.

“This genocide, the first of the 20th century, was a prelude to the Holocaust in both the ideology of racial hierarchy that justified the genocide and in the methods employed,” the Museum entry reads.

“Historians estimate that approximately 80,000 indigenous people were killed in the genocide. While these numbers are difficult to confirm, this figure represents about 80% of the Herero people and 50% of the Nama people.”

In 1985, the U.N.’s Whitaker Report on the crime of genocide concluded that the German massacre of the Hereros qualified as genocide and was one of the earliest attempts at genocide in the 20th century.

In July 2015, the German government and the speaker of the Bundestag officially called the events “genocide” but refused to consider reparations.

A half century after Germany’s war on the Herero, the all-white government of South Africa extended its brutal policies of segregation to Namibia. Decades after the country gained independence, the Herero are still fighting to regain what they once had.

This week, in a related development, the East African nation of Burundi announced it will seek reparations from both Germany and Belgium in the sum of $42.6 billion for damages done during colonialism and for the return of historical artifacts and archive material believed stolen by the two European countries.

From 1890, Germany colonized Burundi, which became part of German East Africa. After WWI, the country was ruled by Belgium, until it gained its independence in 1962.