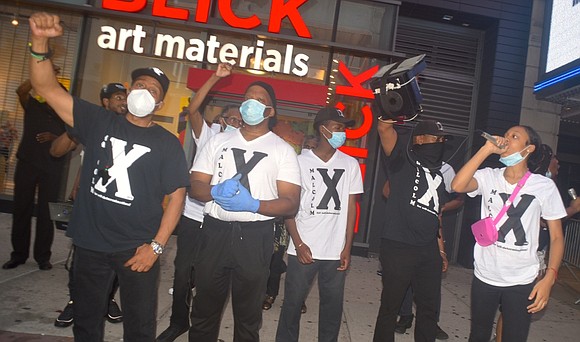 In this summer of 2020, the Black Liberation Movement is at a critical moment. The COVID pandemic’s devastating multi-faceted effects on the Black community, combined with the refusal of the police and white terrorists to stop murdering Black people in cold blood, have exposed to the world that we are being “disappeared,” that capitalism no longer has a need for us, that we are surplus.

The massive and continuing uprisings across the U.S. in immediate response to the racist slaughter of George Floyd, Breonna Taylor, Ahmaud Arbery and Rayshard Brooks have reminded many of the popular revolts against oppression of the 1960s. The question then as now is what is the key to our liberation. What demand encompasses the many faces of the attacks we suffer?

In 2001, at the United Nations World Conference Against Racism in Durban, South Africa, the world declared the trans-Atlantic slave trade and slavery to be crimes against humanity and that reparations were due the descendants of the crime’s victims. The work of the Durban 400 (400 Black people organized by the December 12th Movement and the National Black United Front) was key to this historic victory memorialized in “The Durban Declaration and Program of Action.” Before leaving South Africa, NBUF Chairperson Dr. Conrad Worrill called for the Durban 400 to hold a national rally for reparations.

On Aug. 17, 2002, the 117th anniversary of Marcus Mosiah Garvey’s birth, that first national rally for reparations, the Millions for Reparations, was held in Washington, D.C. Speakers painted a narrative of continuous African oppression from enslavement, through Jim Crow to current day anti-Black structural racism. The crimes had not ended on Juneteenth 1865. They had just assumed different forms. Black people in the U.S. were still not free.

This summer of ongoing protests and rallies shows that race and racism is still a major focus. The December 12th Movement sees reparations as the key issue.