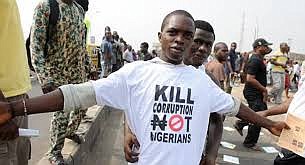 Death sentences are rare in northern Nigeria where Sharia law is implemented alongside secular law in most states.

But the recent sentence of a 22 year old singer to die by hanging has revived an emotional debate in the West African nation. This week, an upper Sharia court in the Hausawa Filin Hockey area of Kano state ruled that Yahaya Sharif-Aminu, 22, should die by hanging for the crime of blasphemy for a song he circulated via WhatsApp in March.

Sharif-Aminu allegedly blasphemed the Prophet Muhammad in a song praising an imam to the extent that it elevated him above the Holy Prophet. The song was viewed as completely acceptable by some fellow followers of the Tijaniya Muslim brotherhood.

Offended members of the community took to the streets and burned down the singer’s family home. Marching to Islamic police headquarters, known as the Hisbah, they demanded action against him.

Even the singer’s father, Aminu Sharif, disowned him. “Blasphemy is not my ideology, he said, “and I promise to arrest [my son] and hand him over to security agents whenever he is found.”

Many Nigerians––Muslim and others––agree with the harsh sentence and they filled the online pages of the Premium Times, a Nigerian news outlet, appealing for compassion and the rule of law.

“Lawyers in the house, please, under which section of the penal code will the guy be charged by police?” asked Unite2013. Added Blessing Ekpere Ogbu: “One country, two systems. What happens to those criminals who burnt the house of a citizen? What are the security agencies doing about that?”

And at the recent 6th Annual Legal Workshop organized by the Nigeria Association of Muslim Law Students, Lagos State University, guest speaker Akin Ibidapo-Obe, called for the abolition of the death penalty in Nigeria, saying it was abused by the powers that be “to advance their hegemony over their enemies.”

More than 2,000 people sit on death row in Nigeria, according to Amnesty International. Sentences include stoning, shooting and lethal injection.

Governors must sign off on the executions, which happen behind closed doors. Some quietly disagree with the punishments or fear public backlash so they avoid the signatures, letting the accused exhaust their chance at an appeal and languish in prison for years.

Also sitting on death row is Maryam Sanda, a mother of 3, for allegedly stabbing her husband over infidelity. A petition to reverse the sentence can be found on Change.org where over 800 have now signed.