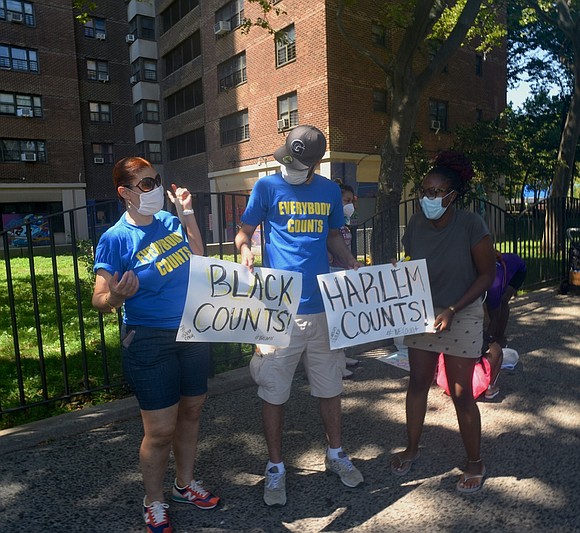 The Census Caravan, 50+ cars deep, traveled through the neighborhoods in Central Harlem which has had the lowest Census response rates. From David Dinkins Gardens on 153rd Street to the Senegalese Association on 116th Street, organizers sounded the alarm to remind residents on these blocks to fill out their Census forms. There were pop up sites along the route where people were able to receive assistance with filling out the Census with U.S. Census Bureau staff.