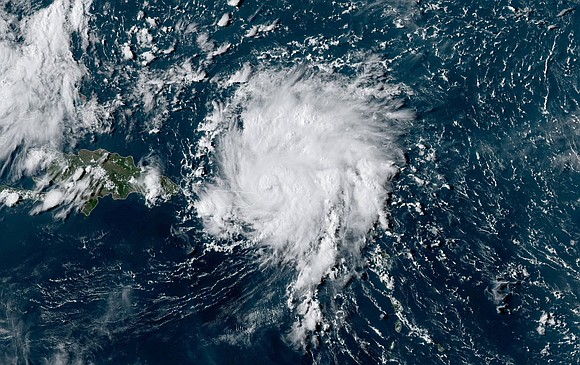 Already devastated by the travel and tourist lockdown and still struggling to recover from Hurricane Dorian last year, the Bahamas is now facing a strange new adversary that is demanding that it to abandons plans to explore for oil and gas offshore.

In normal circumstances, The Bahamas and the U.S. enjoy extremely close ties, with most of the archipelago’s tourists making the short hop from mainland America to the island chain that is the closest nation to the U.S. in this part of the world. Coast to coast, Bimini Island is just 50 miles from Florida.

In the past week, a group of American congressmen and women had the audacity to formally write the administration of Prime Minister Hubert Minnis asking his cabinet to walk away from plans for the state’s oil company to spud its first offshore well later this year. Exploratory drilling should have started at midyear but logistical and other issues related to the COVID-19 pandemic mean that there will be no action before October.

The 16 bipartisan representatives have gone so far as to write Secretary of State Mike Pompeo demanding that he denies the Bahamas Petroleum Corporation the mandatory approvals to drill for petro carbons offshore and to force no action until current licenses expire.

“Since the exploratory drilling proposed for next month is only 150 miles from Florida’s coast, and another license area is only 50 miles from Miami, oil slicks from BPC’s drilling activities could affect any Bahamian island as well as the East Coast of the United States. The oil is toxic to marine life and a spill in Bahamian waters could quickly damage vibrant corals, kill off seagrass beds and coat important mangrove ecosystems, which are important carbon sinks,” the letter stated.

The group includes folks like Debbie Wasserman Schultz, Alexandria Ocasio Cortez and Donna Shalala. They argue that “as coastal and near-coastal members of Congress who have been fighting for years to protect the Atlantic Ocean, Straits of Florida and Eastern Gulf of Mexico from the threat of expanded offshore drilling in U.S. waters, this news is cause for great concern to us.” They harked back to the Deepwater Horizon environmental catastrophe of April 20, 2010, which released releasing some 4.9 million barrels of crude oil into the Gulf of Mexico.

If Washington in fact denies The Bahamas the necessary permits and documentation, this would be a major blow to an economy reeling from a lockdown of its lifeline tourism sector and for a nation that is still struggling to recover from the battering Hurricane Dorian inflicted on its Family Islands last year.

Like its neighbors to the south in the 15-nation Caribbean Community, The Bahamas has joined the long list of member nations which has been ramping up efforts to find their own oil and end their days as net importers.

In the past five years, Guyana and neighboring Suriname have found humungous quantities of sweet, light offshore crude oil that requires little refining. Not to be left out, Grenada, Barbados and Jamaica have also joined the hunt with Grenada saying it already has proven deposits while oil slicks both inland and offshore have signaled to Jamaican officials that it is just a matter of time before a major strike.

Responding to the move by the group of 16, the company told the Tribune Newspaper that BPC has licenses to explore in Bahamian maritime waters adjacent to The Bahamas–Cuba border. “BPC will operate strictly within the laws and regulations as set out by the Bahamian sovereign government. Any material oil discovery would introduce to The Bahamas a new industry capable of expanding the Bahamian economy, bringing significant revenue receipts, jobs and wealth.”

It is unclear how the entire issue will play out but it is important to note that the BPC referred to Bahamian sovereignty in its statement of response, appearing to signal it will go ahead with plans.

“The United States cannot afford another Deepwater Horizon disaster. This bipartisan group of members respects the sovereignty of the Bahamas, but a spill in Bahamian waters could bring ruin to both of our countries’ shorelines. Ten years after the Deepwater Horizon disaster, we call on Secretary Pompeo to urge the Bahamian government to reconsider its efforts to green-light dirty offshore oil drilling in a region so full of magnificent ecosystems and so dependent on international tourism.”