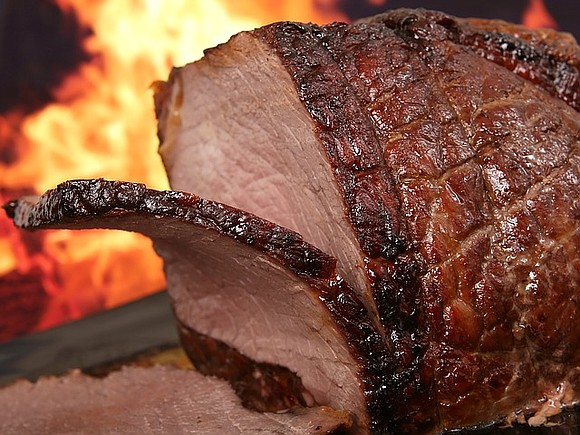 Red or processed meat Image by Robert-Owen-Wahl from Pixabay

On Tuesday, Trump signed an executive order compelling meat processing plant workers to remain on the job, despite the uptick of the coronavirus pandemic.

There are indications that the edict from the so-called commander-in-chief will not fly well among the workers concerned about the impact the disease has had on workers at such plants as Tyson Foods, one of the nation’s main suppliers of meat products.

In signing the Defense Production Act, Trump has declared the meat processing plants to be essential and that they must remain open. That action comes on the heels of Tyson Foods, the country’s second largest processor of chicken, beef and pork, announcing that the nation’s “food supply chain is breaking.”

In a full-page advertisement in several major dailies, John Tyson, the company chairman, wrote: “This means one thing—the food supply chain is vulnerable. As pork, beef and chicken plants are being forced to close, even for short periods of time, millions of pounds of meat will disappear from the supply chain.”

Already reports are arriving that some of the workers at the Tyson plant will defy the order, fearing that they have contracted the virus. “This is crazy to me,” one worker declared, threatening not to return to the plant in Waterloo, Iowa. The worker asked not to be identified, fearing it might cost him his job.

Upon signing the executive order, Trump said he believed it “will solve any liability problems,” but the supposed liability protections will not guard against the onslaught of the virus.

If there is a further outbreak of the disease at the plants, it could make Trump’s reelection bid all the more troubled, though keeping the workers in the plants is key to his economic platform.

Meanwhile, he has incurred the wrath of countless Americans who have yet to receive stimulus checks, or theirs have gone to wrong addresses, or with the wrong amounts. Those fortunate to get checks also received a signed memo from Trump, obliquely indicating they were receiving the money because of his desire to help them.