In the midst of darkness, a sliver of light for undocumented immigrants 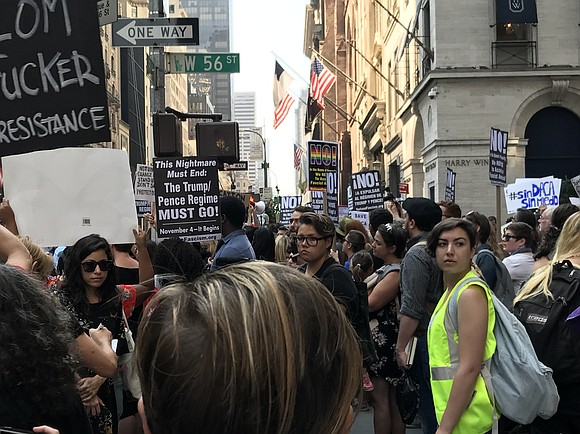 This past week, some Americans began receiving the small but welcome $1,200 personal “bailout” from the U.S. government as they battle the COVID-19 pandemic. But for undocumented immigrants across America, many of whom own their own businesses and pay taxes, there was nothing but a big fat zero.

Nothing for many who are domestic workers, nannies, food service restaurant workers, street vendors and more.

Yet amid the death, darkness, fear, worry and struggle that has engulfed us all, there came some light and good news to report, thanks to the Open Society Foundations, founded by George Soros and headed by an African immigrant and the son of Haitian nationals, former U.S. ambassador to South Africa, Patrick Gaspard.

Recognizing the desperate need in the immigrant and especially the undocumented immigrant community in NYC, Open Society Foundations announced a donation of $20 million for the City of New York Immigrant Emergency Relief Fund.

That money will go to helping “immigrants who are bearing the brunt of this crisis in so many ways,” according to NYC Mayor Bill de Blasio.

And that includes undocumented immigrants!

This money, de Blasio said on Friday, April 17, 2020, “will help them to have the basics for their families and keep going through this.”

Writing on the organization’s website, Gaspard stated that the funding will “… provide direct payments to immigrant workers and small business owners, who number in the hundreds of thousands in the city, but whose immigration status—many are undocumented—renders them unable to access federal stimulus funds.”

Estimates put the undocumented in NYC at around 738,000 New Yorkers, including 218,000 children, with the majority being from Mexico, China, Ecuador, the Dominican Republic and El Salvador.

But sadly, this initial funding will reach only about 20,000 undocumented workers and their families affected by COVID-19 related job loss and facing financial distress. They will be eligible to receive: $400 for an individual, $800 for a couple or a single parent with children, or $1,000 for a family with multiple adults and children.

The citywide network of community-based organizations and worker centers will disseminate the one-time emergency relief payments.

This news comes on the heels of the announcement by California Gov. Gavin Newsom of the $125 million relief fund for undocumented immigrants in his state which will see each person getting $500 or a couple receiving $1,000.

New York State Gov. Andrew Cuomo has ruled out any such fund from the state and so far, no other state has come up with a plan to help the undocumented among them.

That means it is now up to other private foundations and individuals with heart to pitch in and help the needy, the poor, the hurting and the most vulnerable among us in this broken nation. Who will show real love for their neighbor among the 500 plus billionaires in America and the hundreds more multi-millionaires? Giving up a billion from your many billions or a million from your hundreds of millions will not make you any less wealthy.

The time to show real heart is now! Let’s all shine a small light into the vast black abyss so together, that light can help roll back the darkness and we can emerge stronger and better together.

The writer is publisher of NewsAmericasNow.