Airlines beg for help to wait out pandemic 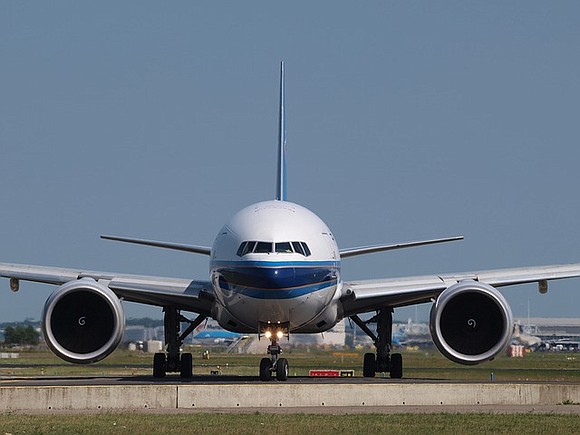 Authorities in Guyana and Suriname have arranged virtual emergency meetings this week to discuss better enforcement of their river borders in the wake of the coronavirus pandemic and the slow but steady increase in the number of confirmed cases, officials said.

The two agreed to close the border Corentyne River in recent weeks to stop the community spread of the virus, but authorities on both sides say they are worried about the closure order being breached too often.

It is unclear whether the two will agree to use soldiers and police to jointly patrol the river, as is the case with Suriname and French Guiana on the Marowijne River. French Guiana has close to 100 confirmed cases and several deaths.

There are numerous opportunities for small, go-fast craft or speedboats to land without being seen, as the Corentyne runs for more than 100 miles. The two are the largest member states in the 15-nation Caribbean Community and, with Belize, are the three mainland nations in the grouping.

Efforts to enforce the river lockdown come as the regional travel and tourism industry continues to reel from travel and other restrictions. Most of the regional airlines, Trinidad-based Caribbean Airlines, Bahamas Air and Antigua-headquartered LIAT commuter service, have grounded most of their planes as airports remain shuttered and travel from Europe and North America has dried up. They have all appealed for some form of help to keep them going and to retain staff, pilots and aircraft engineers in particular.

On Monday, Sir Richard Branson, owner of Virgin Atlantic airline, renewed appeals to the British government for help in keeping the service afloat as it is close to going bust, according to The Guardian newspaper.

Virgin and British Air are lifeline leaders in bringing tourists from European to Caribbean destinations like Barbados, Jamaica, Antigua, Trinidad and St. Lucia, so the region will be watching developments closely.

Branson has even asked London to allow him to use Necker Island, which he owns in the Caribbean, as collateral for a Sterling 500 million cash bailout to avoid the carrier declaring bankruptcy. He said he would try to “raise as much money against the island as possible to save as many jobs as possible given the devastating impact this pandemic continues to have. The reality of this unprecedented crisis is that many airlines around the world need government support and many have already received it. We will do everything we can to keep the airline going but we will need government support to achieve that in the face of the severe uncertainty surrounding travel today and not knowing how long the planes will be grounded for.”

As governments battle to keep the numbers down, Jamaica and tiny Bermuda with a population of less than 70,000 are living with a steady increase in numbers. Jamaica’s spiked last week when a number of workers at local call centers tested positive for the virus, forcing authorities to clamp down on management for ignoring physical distancing rules. Jamaica’s tally as the work week began had reached 173, while Bermuda counted 83. Trinidad is trying to cope with 114 cases while Guyana has 65.

Call centers like Business Process Outsourcing and other call centers on contract to big international firms are huge employers in Jamaica, with about 40,000 seats. Authorities have so far resisted calls to shut them down for the while fearing such would bring hardships to the many thousands they employ.