Traveling in the time of coronavirus 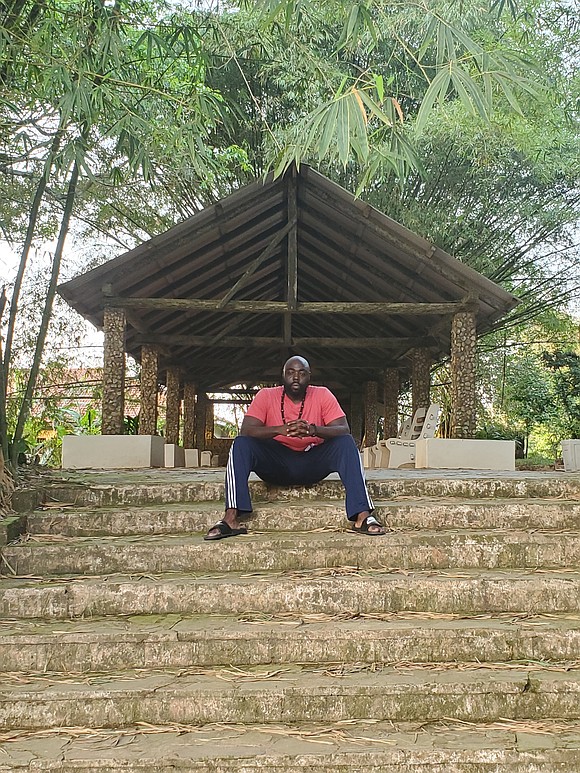 Rashad McCrorey is in Ghana waiting to get back home to Harlem. The owner of Africa Cross-Culture (www.ghcrossculture.com), a tour company that specializes in trips to Egypt, Ghana, Kenya, Nigeria and Rwanda, left the U.S. at the end of February for business meetings, social events and to host a tour from March 3-9 timed to celebrate festivities surrounding Ghana’s Independence Day on March 6.

The four Americans who enjoyed the tour are safely back in the U.S., but McCrorey remains in Ghana. What happened? He did not purchase a return ticket. “Originally, I wanted the flexibility to return home when I desired. In the past I had complained that I was either forced to return too early or was ready to go home but had to wait days or even weeks to go home,” says McCrorey.

After what McCrorey says was an excellent two weeks, on March 15 Ghanaian President Nana Akufo-Addo imposed a travel ban on all countries with 200 or more cases of COVID-19. Four days later the United States Department of State warned citizens abroad to “arrange for immediate return to the United States, unless you are prepared to remain abroad for an indefinite period of time.” At midnight on March 23, Ghana officially closed its borders indefinitely.

“With fear and panic crossing my mind, my first thought was to practice mindfulness and evaluate all my options with a clear mind. I took a look at all the madness going on back in the United States. The National Guard, and U.S. Army in the streets, New York at that time was responsible for one-third of all United States cases of COVID-19. New York, my home is ground zero. From the outside looking in, what all the conspiracy theorists warned us about regarding martial law seemed to be finally coming to pass, but not as we imagined. Did I want to be in the States at this moment? Also, if I left Ghana, I wouldn’t be able to get back in the country indefinitely,” he recalls.

He checked flights, availability and prices. Prices were previously around $500 to about $1,700 for a three-day voyage with daily layovers in Paris and London, which, he says, under normal circumstances would have been okay, but he was worried about catching the virus trying to get home. He says non-stop flights were “outrageous, $4,500-$6,000, and those were from U.S. carriers.”

So he is sitting tight, weighing his options. He says flights seem to leave at least twice a week. McCrorey is full of reflections: “Canceling the trip never crossed my mind. My first trip to Africa was with a school as I was finishing up a master’s degree in theology. We were supposed to go to Cameroon; however, the Ebola outbreak canceled that trip. The school tried to ban travel to all of Africa, which I didn’t agree with. I led a coalition to encourage the school to allow us to pick another African location. I advocated that Africa is a continent with 54 different countries, each with its own history, tradition, languages, culture etc. I targeted Ghana because it had no cases of Ebola and has always been known as Africa for beginners because Ghanaians are welcoming people, especially to those of the diaspora. Visiting Ghana saved my life, it was the best decision I ever made. So, faced with another similar situation, I easily chose to follow my dreams and continue with my plans. I have zero regrets.”

But that’s not to say that every day has been a picnic during the unexpected, extended journey. He began by staying in Accra, the capital city. He felt a change in the country where he has visited many times. “Being an American in Ghana during this difficult time is challenging. As of March 23, 18 of Ghana’s 21 cases of COVID-19 have been traced to people who entered the country within two weeks of March 15. I do feel stereotyped as someone who might have corona and brought it into the country,” says McCrorey, who picked up on vibes from some who looked sideways at him as an American.

When he was at a restaurant that he frequently visits while in Ghana, he heard two of the workers having a discussion. They were speaking in Twi. In the middle of the conversation he heard, “Coronavirus, twi twi twi, Americans, no Black Americans too,” then one of the workers glanced at him with a worried look and quickly turned away.

Another time, while on a walk, children probably 4 or 5 years old were looking at him, whispering, giggling. One of the kids started play-fighting, acting like they were beating someone up and all the kids kept looking at him giggling. “I don’t know what they were saying, but they were looking at me, talking about me, and one of the children began imagining beating me up. Between my fears of the virus spreading in that major city and the little kids who obviously get those sorts of thoughts and ideas from their parents, it was enough for me to relocate from that area.”

Later that afternoon he took an offer to stay with a friend in the mountains of Aburi in Akuapem. He’s staying at the Aburi Botanical Gardens. “It has been an amazing experience. Social distancing isn’t hard to practice here. It’s spacious, sunny and the air is fresh. I was able to restock my supplies, and though it hasn’t been long, I can already feel my tensions dissolving.”

As for his tour business, he has temporarily halted all 2020 trips until further notice, and is focusing on promoting 2021 and 2022 trips and producing content.

In Ghana now for more than a month, McCrorey is not sure how long he will be there. “I want to come back to America when it’s safe. Decisions, decisions. I just need to remain mindful, in the present and continue to be smart, savvy and safe. If you ask me, I’m doing well. I think I’ll use the corona method and take things two weeks at a time.”

Not even a pandemic can kill his positivity. “Events have been canceled, some people have let me down, from business partners to friends, but the following options turned out to be greater. It’s meant for me to be here. The ancestors are with me. I feel there are more blessings in store for me. I believe I am chosen to be out here at this time in history.”