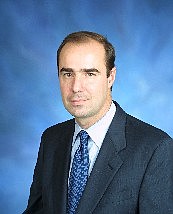 Amidst all of the Ukraine hoopla, labor secretary nominee Eugene Scalia’s nomination continues to make its way to confirmation.

“Mr. Scalia is well qualified to lead the Labor Department,” said Senate labor committee Chairman Lamar Alexander (R-Tenn.) during the committee meeting to vote on Scalia’s nomination. “He is currently a partner in the Washington office of Gibson, Dunn & Crutcher, where he has spent the majority of his career working on labor, employment and regulatory matters.”

Scalia, the son of the late U.S. Supreme Court Justice Antonin Scalia, embraces politics similar to his father’s. He’s come under fire for accusations of working against workers’ rights. He served as a speechwriter for Secretary of Education William J. Bennett in the 1980s and a special assistant to Attorney General William Barr in the early 1990s. He tends be hired by companies who are sued by employees or want to fight against labor-friendly legislation.

In a statement, Jobs With Justice Executive Director Erica Smiley said that Scalia’s life’s work is the opposite of what the labor secretary is supposed to do.

“The secretary of labor is responsible for ensuring that the rights and dignity of working people in the United States are respected in our economy,” stated Smiley. “In particular, at a time in which we as a nation are finally coming to grips with the systematic gender-based violence, harassment and degradation suffered by women of color and white women on the job, and after the previous secretary of labor was forced to resign for the actions he took that protected a sexual predator, the new secretary of labor must have a demonstrated commitment to supporting working women and standing against gender-based

“Unfortunately, far from demonstrating such a commitment to working women, Mr. Scalia has repeatedly sought to protect businesses from the consequences of their discriminatory and unsafe workplaces,” concluded Smiley.

Scalia has recently done legal work on behalf of companies such as Juul Labs, Chevron, Facebook, Goldman Sacks, Walmart, Ford Motor Company, the Chamber of Commerce and the American Petroleum Institute. During a hearing last week, when asked abut raising the minimum wage, Scalia said he would follow the president’s lead. Trump outlined his stance against raising the minimum wage early into his term as president.

In a recent letter to the Labor Department, Scalia wrote, “In addition, I will recuse myself from participation on a case-by-case basis in any particular matter involving specific parties in which I determine that a reasonable person with knowledge of the relevant facts would question my impartiality in the matter, unless I am first authorized to participate.”

But labor activists believe the conflict of interest is already there.

With an administration mired in allegations of sexual misconduct and connections to the late Jeffrey Epstein and the era of #MeToo and “Time’s Up,” some of Scalia’s previous statements look suspect.