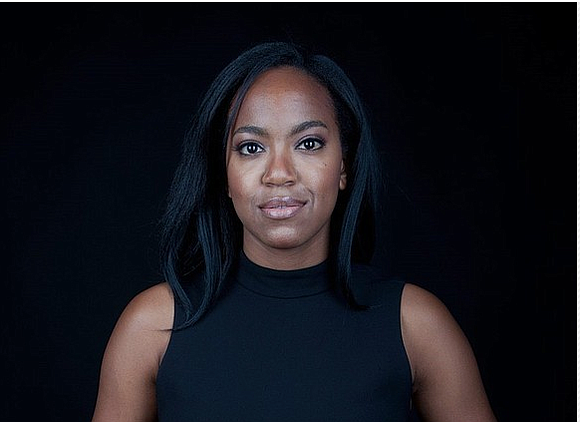 Director and performer Whitney White is making a name for herself in the world of theater. With shows such as “A Human Being,” “Of a Sort” by Jonathan Payne, “What to Send Up When It Goes Down” by Aleshea Harris, “Canyon” by Jonathan Caren, and several more under her belt, White has greatly contributed to the rise of Black female directors.

Although her love for performance started with music and singing, a fascination of theater as a whole from a young age would be a lifelong passion for White. “My mother took me to see Cirque du Soleil when I was a little girl, and I thought these people were amazing,” she said.

Turning her eyes to musical theater in high school and later college at Northwestern University would prove exciting and challenging.

“Performing arts gave me a platform to speak,” said White, “but I would get called in for these racially stereotypical parts, and I thought that I could do more.”

After finishing her undergrad in Political Science and Musical Theater, she pursued graduate school at Brown University where she would discover directing. This new path would forever change her life, but White found it challenging having little to no representation in this field.

She explained, “Racial bias actually permeates everything, but it didn’t always keep me down. What got to me was not having examples. I was looking at an industry that was completely void of people like me except performers.”

However, she was able to keep her head held high, specifically entering spaces that had not been exposed to her demographic. Moreover, after watching her mother raise her alone in a Chicago apartment, she found solace, inspiration and strength in her mother’s example.

“She is just the most amazing woman I have ever met, my mother,” White related. “There was a sense of generosity and care in the hardest situations, and that’s good for a director to learn. It’s a hard industry, there are scarce resources…but I have been in theaters where things are really electric, and it’s not about million dollar sets.”

Now that she is making a name for herself in the world of directing, being the recipient of the Susan Stroman Directing award, she has a platform to uplift others and add something new to theater.

“I feel free,” said White. “Everyone should have opportunities; we are in a time where it is not okay to ignore other forms of talent. There is a lot of talent in the city, and it comes in many shapes and forms. It motivates people to look.”

Her latest play, “Our Dear Dead Drug Lord,” written by Alexis Scheer, is definitely in line with her goals as a director. And, with a cast and crew made almost entirely of women, White not only hopes to shift the roles given in theater, but also the message presented in theater.

She described the narrative, stating, “It’s four young women who are trying to find power, looking in the wrong place, and in the end they find it.”

The story follows four teenage girls in a school club whose goal is to summon the spirit of infamous drug lord Pablo Escobar. While the play has many humorous and campy moments, it also touches on very foreboding themes.

“The world is scary, and if we don’t talk to young people and be honest about the struggles they face, they are going to find their own solutions, and sometimes those solutions are not good,” White asserted. “I am very motivated by the stories writers are putting out.”

“Our Dear Dead Drug Lord” is a very unique play, and White hopes to continue pushing the bounds of theater in more ways. In the future, she hopes to shake up the linear way theater is presented and make a more fractured theater experience adjacent to real life.

“Your mind works forward and backwards, so why can’t theater,” she questioned. “I hope to bring alternative forms of performance to larger audiences of people and rock their world. I think they can handle it.”