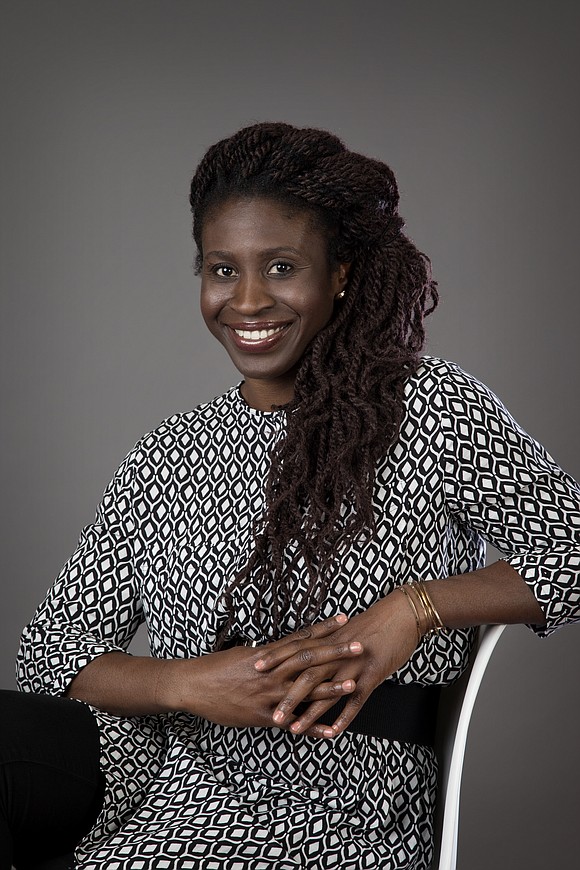 Two years ago, Simidele Adeagbo was a brand marketing manager for Nike Africa. A four-time NCAA All-American in the triple jump at the University of Kentucky, Adeagbo had retired from competitive athletics in 2008. Then her life took an unexpected turn within a span of around 100 days. During that short time, Adeagbo learned the sport of skeleton and qualified for the 2018 Olympic Winter Games representing her family’s homeland of Nigeria, West Africa.

Since carrying the Nigerian flag in the Olympic Closing Ceremony in PyeongChang, Adeagbo has utilized the platform provided by her historic accomplishment to create opportunities for women and girls in Africa. In 2018, she was one of 200 emerging leaders selected for the Obama Foundation inaugural Africa Leaders program. Earlier this year Adeagbo was named a World Fellow at Yale University, where she is spending the fall semester.

“It’s a program that’s been very well designed to help increase our capacity to be great leaders,” said Adeagbo, who is one of 16 people in this year’s World Fellows cohort, which is committed to the goals of leadership, service and growing a global community. “There’s been so much thought that has gone into how we do that, not only as individuals, but as a collective.”

“Being in an academic environment is so rich, so stimulating, and that’s been one of the great things about being on the Yale campus,” she added. “I’m hoping to take away new ideas and see things from different perspectives by being in this environment.”

As the cold weather approaches, Adeagbo, 38, will also resume training in skeleton. Although she was the oldest of the four women who represented Nigeria at the 2018 Winter Olympics, she is the only one who has continued competing, and she’s determined to make an Olympic return in 2022.

“Training is something that I’m looking to design into the life that I have here at Yale,” said Adeagbo, who plans to compete this winter. “The benefit of being temporarily based in the U.S. is that I’m a lot closer to frozen tracks than I was in South Africa. New Haven is about a five-hour drive to Lake Placid, which is one of the tracks I train on frequently.

“The program at Yale is rigorous, but I’m still looking at how I can integrate my training into that because that’s part of my life.”

While still a Nike athlete, Adeagbo left her position with Nike earlier this year to focus on exploring the things about which she is passionate, such as building female African leaders through the power of sport. She has also become a sought-after public speaker, even delivering a Tedx Talk last year. The reality of skeleton is that an athlete needs to train on ice tracks, which are in North America and Europe.

“I wanted the flexibility to explore all the things I want to explore in life and also still pursue the next Olympics. My goal is to get there and perform at a high level,” she said.