Serena moves a step closer to another Open title 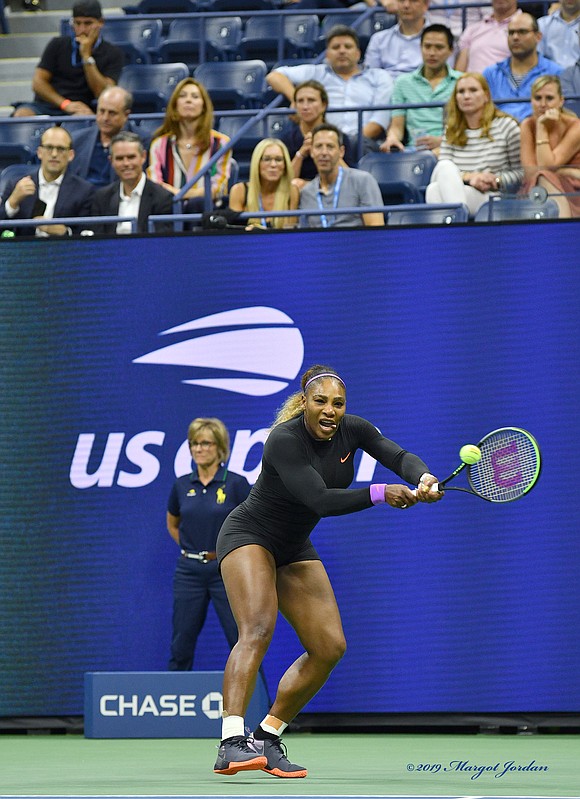 Serena Williams is heading to the U.S. Open semifinals. It took her only 44 minutes to defeat 27-year-old Wang Qiang of China, 6-1, 6-0 in the quarterfinals on Tuesday night at the Billie Jean King National Tennis Center in Flushing Meadows. It was the 100th career win at the U.S Open for the 37-year-old Williams, where she is pursuing her seventh singles title and first since 2014.

She became the fourth player, male or female, to notch 100 victories matches at a single major, joining Martina Navratilova, Chris Evert and Roger Federer. Williams is now two wins away at this year’s Open from tying Margaret Court’s record of 24 major titles. Seeded eighth entering the tournament, she will face No.5 seed Elina Svitolina of the Ukraine tonight in Arthur Ashe Stadium in one of the women’s semifinal matches.

This year marks the 20th anniversary since Williams first of six U.S. Open championships; two years after giving birth to her daughter, Olympia, Williams has reached three Grand Slam finals. However, she has fallen short of winning any of them.

“She was able to still reach three Grand Slam finals, which I think was really an incredible effort,” said her coach Patrick Mouratoglou on Tuesday.

In her post match press conference, Williams spoke about how far the sport has come during the last 20 years. “Yeah I think the sport has come a really long way,” she said. “It’s been really satisfying to see sport for women. It’s the best work in the world that a woman can do in my mind. I’m a little biased obviously. I feel like we fought so hard for so many years for so many different things. I feel like we still obviously have a ways to go, but a lot of fighting through decades has come through.”

As far as her performance in this Open, Williams said she is taking the same approach she has for most of her illustrious career. “I am who I am,” she explained. “I’ve always been the person that goes out there and roars and screams and complains and cries and fights. I’m extremely passionate about what I do. Most people that love their jobs are passionate about what they do. That’s just me. I’ve always said I would wake up one day and say, ‘I’m done,’ [but] that day hasn’t come yet for me. I’m still playing pretty good tennis.”