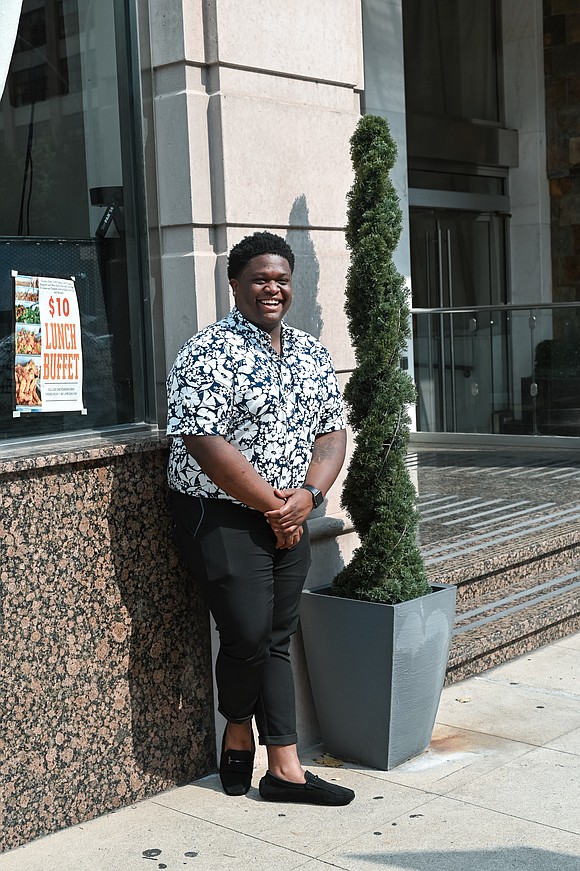 In the next decade, Jahrid Barker hopes to be a well-known graphic designer. With only one year left at Long Island Post, he will be receiving a bachelor’s in graphic design. Barker was born and raised in Queens, New York. His interest in graphic design first peaked when he was in high school, “I took interest in changing the visuals that people see, and how a person’s perception changes through what they see. What makes me different compared to other designers is my support team. They inspire me to do better and always give feedback to improve my designs on a daily basis.” Currently, he is the CEO of Designs By Jahrid.

Barker is also a new initiate of the Xi Omicron chapter of Kappa Alpha Psi Fraternity, Incorporated. “One of the main reasons why I joined this fraternity was some of the men who were part of my current chapter. They represented men who lead by example, who are active on campus and in their community. They showed me what brotherhood is, and what hard work can achieve. And after I learned more about what the organization entailed I knew I wanted to become a member.”

Currently, Barker is the president of his chapter. “Stressful isn’t even the word to describe what’s it like being the president but I am glad I have the opportunity to be one. It definitely has its perks and has helped me evolve as person. What I learned now will have an impact on how I view and handle situations later on in life.”

Recently, Barker started his cane wrapping service for members of Kappa Alpha Psi and Sigma Gamma Rho Sorority, Inc. It is called Kreative Kane Kreations. “My first big order of customizing canes came from members of Sigma Gamma Rho Sorority, Inc. It was for their chapter new initiates of spring 2019. They all expressed their appreciation and were really encouraging that I should start a business, so from there I decided to create one. I have also started customizing canes for my brothers in my chapter.”

Barker continued, “I know when it’s early in your own business, it takes a while for it to pick up. But the feedback that I have been getting is positive, so I can’t wait until my business actually grows!”

Trying to share the blessing, Barker added, “If there are any aspiring graphic designers or designers in general, I would always advise them to keep moving forward and don’t let anyone discourage you. Be consistent and stay persistent.”

For more information, contact Jahrid Barker by email at designsbyJahrid@gmail.com