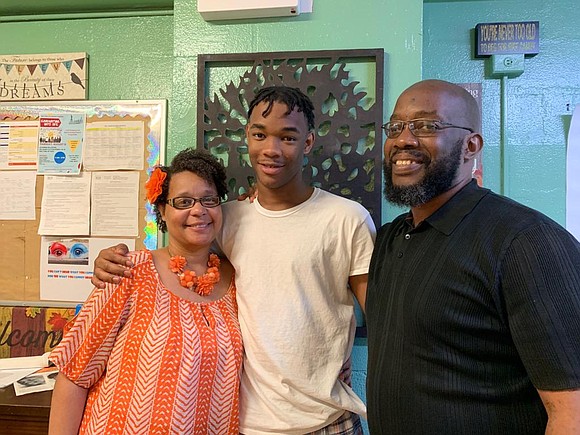 “It all started with my trying to eat a pretzel. I all of a sudden couldn’t swallow,” recalls Bronx resident Kim Brown of her fateful trip to Coney Island in 2000. “I was choking so bad.” Luckily, Brown was with a group of friends who administered aid. It turned out Brown’s trouble eating the pretzel wasn’t just a random mishap but the onset of a very serious disorder called Ataxia. Since then Brown has been almost completely unable to have solid food. Ataxia also affects her mobility, her bladder control and her lungs.

In a previous interview with the American Academy of Neurology, Albert La Spada, M.D., Ph.D., director of the Duke Center for Neurodegeneration and Neurotherapeutics at the Duke University School of Medicine in Durham, NC explains, “Ataxia occurs when nerve fibers that transmit messages to and from the brain are impaired, resulting in degeneration of the cerebellum, the brain region most important for coordinated movement.”

Ataxia can be genetic but can also be caused by environmental circumstances such as a stroke, alcoholism, or anything else that can cause harm to the cerebellum.

One of the most painful experiences people can experience is being misunderstood by others. For people with Ataxia, not only are they dealing with the physical and emotional challenges that come with having the illness, they also must deal with strangers, friends, and family misinterpreting the physical manifestations of it. Common symptoms of the neurological disease are slurred speech, difficulty walking, difficulties with coordination, eye movement abnormalities. Says Brown, who used to run track and play volleyball before becoming afflicted with Ataxia, “Sometimes people think people with Ataxia are drunk because it’s affecting their walking and talking in that way.”

Even professionals are often off the mark when it comes to this little-known illness. “I’ve had to take documentation to doctors before to explain what it is,” says Brown, who reached out to the Amsterdam News on the occasion of International Ataxia Awareness Day in September. When she first started experiencing symptoms, doctors told Brown that she had vertigo, which she knew in her gut was wrong. “I was like, ‘This is not vertigo,” she recalls. Alarmingly, it can take as much as 10 years to get a proper diagnosis.

Ataxia is sometimes misdiagnosed as Multiple Sclerosis because they physically affect the body in some of the same ways, but they have different causes. “There’s really no medicine to help with Ataxia,” Brown explains, “but on the contrary, with MS, there’s medicine that they can give you. With MS it attacks the gray matter in the brain and all that but Ataxia attacks the cerebellum, that’s why there are issues with balance.”

Though there aren’t any medications specifically for Ataxia, some created for other conditions are effective in mitigating some symptoms of Ataxia, and physical and occupational therapy is also helpful in improving quality of life.

The disease also impacts the ability of those with the disorder to advocate for research and advancements in treatment. “A lot of [Ataxia sufferers] have stuff going on with their health,” Brown says. She recalls an unsettling experience when she went to an Ataxia conference not long after she was first diagnosed. “Everybody had speech recognition systems. I felt so bad.” This type of Ataxia that affects speech can impact the care they receive. “The doctors and nurses many times,” Brown says, “can’t understand them. The doctors and nurses get frustrated.”