Commander Rocky Robinson of the BedStuy Vollies laid to rest 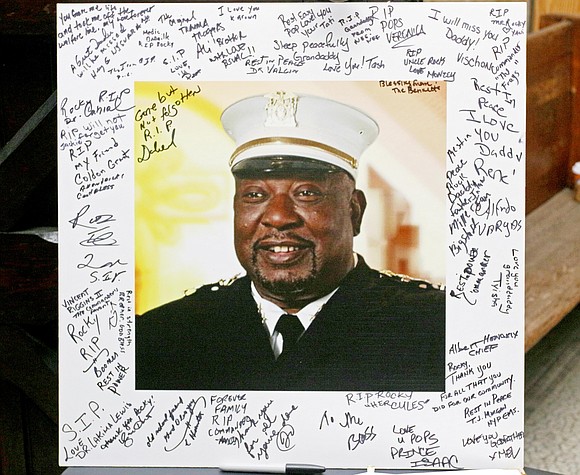 In a proper Brooklyn send-off, services covered two days with the wake and funeral.

People came from everywhere to pay resects to the man who devoted his life to his community.

Known as Rocky, the man who influenced the lives of thousands was the commander-in-chief of the Bed Stuy Vollies for over 31 years.

It is known that he trained thousands of young men and women as first responders and taught these EMTs a career path which gave back to the community.

It was an open secret that he often funded the organization with his own money when things got tight. The army veteran and commander of the Bed Stuy Vollies had been ill for some time, and he passed away on Sept. 27, 2019.

A wake was held on Saturday, Oct. 5, 2019, at the Historic Rugged Cross Baptist Church, followed by the funeral the next day at the Pilgrim Renaissance Convention Center, and the repass was held immediately after at Cornerstone Baptist Church, all in Brooklyn.