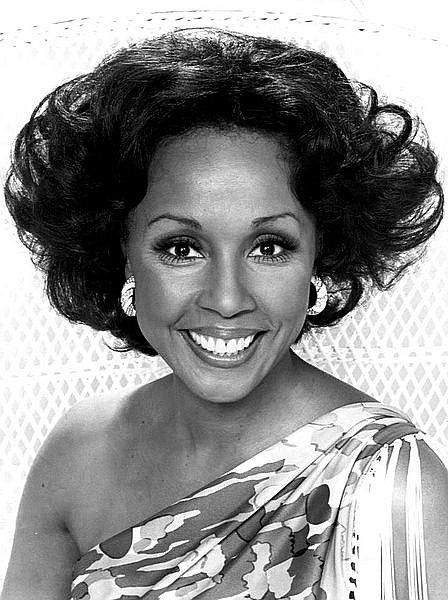 Diahann Carroll, the trailblazing actress and first Black woman to star in a non-servant role in a television series has died.

The show represented the first time a Black person – man or woman – was cast as in the title role of a show, portraying a character that wasn’t a maid or other type of domestic worker.

“For a hundred years we have been prevented from seeing accurate images of ourselves and we’re all overconcerned and overreacting,” Carroll said in a 1968 interview with TV Guide.

“The needs of the White writer go to the superhuman being. At the moment, we are presenting the White Negro. And he has very little Negro-ness,” Carroll stated.

Prior to “Julia,” Carroll starred in the Broadway musical, “No Strings,” for which she earned a Tony Award for best actress in 1962.

In perhaps her most memorable role, Carroll earned an Oscar nomination for best actress in the James Earl Jones-led motion picture, “Claudine.”

She later starred in the hit nighttime soap opera, “Dynasty,” and made recurring appearances on “Grey’s Anatomy,” and “A Different World.”

In 2011, Carroll was inducted into the Television Academy Hall of Fame.

The NNPA is a trade association representing the broad expanse of African American-owned newspapers and media companies that make up the Black Press of America.

“Diahann Carroll was a courageous trailblazer, freedom-fighting sister leader in film, on stage, the TV screen, and in the African American community,” Chavis stated.

“Diahann Carroll you taught us so much,” tweeted actress, dancer and director Debbie Allen. “We are stronger, more beautiful and risk takers because of you. We will forever sing your praises and speak your name,” Allen wrote.

Famed film director Ava DuVernay wrote that Carroll “walked this earth for 84 years and broke ground with every footstep.”

DuVernay noted that Carroll was an icon.

“One of the all-time greats. She blazed trails through dense forests and elegantly left diamonds along the path for the rest of us to follow. Extraordinary life. Thank you, Ms. Carroll,” DuVernay wrote.

According to NBC News, Carroll is survived by her daughter, Kay, and grandchildren, August and Sydney.