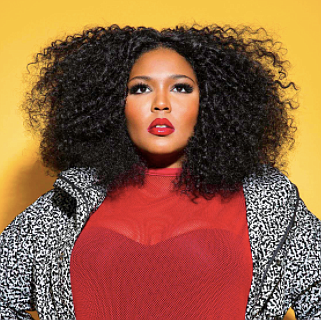 According to reports, Lizzo leads the nominees for the 62nd annual Grammy Awards with a total of eight, including album of the year, record of the year, song of the year and best new artist. Billie Eilish and Lil Nas X follow with six nominations each. Other noteworthy nominees include Michelle Obama for best spoken word album for “Becoming,” while Beyoncé’s “Homecoming” is among the nominees for best music film. Nipsey Hussle scored three posthumous nominations.

Producer Lia Vollack and The Michael Jackson Estate announced that Tony nominee Ephraim Sykes, currently starring on Broadway in “Ain’t Too Proud To Beg” is set to take on the role of the late King of Pop, according to The Hollywood Reporter. Sykes has been cast as MJ in Broadway’s incoming “MJ the Musical.” The production––previously titled “Don’t Stop ’Til You Get Enough,” after Jackson’s 1979 single––will begin preview performances July 6, 2020, with an official opening set for Aug. 13, 2020 at New York’s Neil Simon Theatre. “MJ the Musical” will feature Jackson’s catalog of hits and a book by Pulitzer Prize winner Lynn Nottage.

Native New Yorker Carmelo Anthony, who is currently playing for the Portland Trailblazers, recently gave a generous donation to Richard Beaver’s Gallery for its first annual Thanksgiving Turkey Giveaway in Brooklyn, New York. Because of the NBA player’s philanthropy, Beavers and his team were able to bless 150 families in the Bedford-Stuyvesant community with a turkey. The gallery, established in 2007, is a Brooklyn-based contemporary art gallery that is committed to showcasing emerging and mid-career artists.