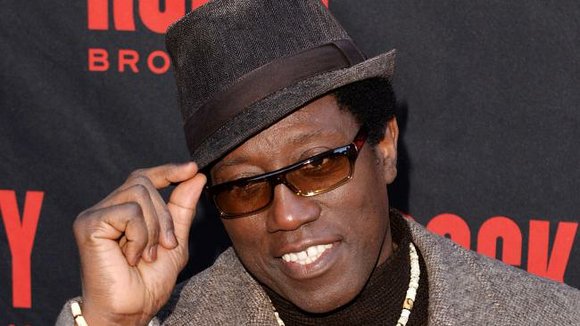 According to the Hollywood Reporter, Wesley Snipes has switched talent agencies, moving from APA to CAA. The actor is earning praise starring opposite Eddie Murphy in Netflix’s “Dolemite Is My Name.” Snipes’ career resurgence will continue with the long-awaited “Coming 2 America,” in which he will play a new character. Social Media was all abuzz last week when a photo surfaced of Murphy, Snipes, Will Smith and Martin Lawrence, showing that “Coming 2 America” and “Bad Boys 3” are both filming at the Tyler Perry Studios in Atlanta. Meanwhile, Snipes is also in RZA’s heist thriller “Cut Throat City.”

Speaking of Tyler Perry, the entertainment mogul’s hit drama, “The Haves and the Have Nots,” will premiere its seventh season on Tuesday, Jan. 7, 2020, at 9 p.m. ET/PT on OWN: Oprah Winfrey Network. Season seven of “The Haves and the Have Nots” brings in even more havoc than ever before with revenge, heartbreak, betrayal, death and destruction touching the lives of every character.

John Singleton’s daughter Justice Singleton accepted a Lifetime Achievement Award on his behalf at the Inaugural Your Script Produced International Feature/TV/Short Script Competition Season 1 Awards Dinner on Nov. 7 in Beverly Hills, California. The intimate affair, which was held at Bombay Palace, honored 13 feature film and television submissions that spanned multiple categories. During her acceptance speech, Justice said she is inspired by her father’s work.

One of my favorite actresses, Garcelle Beauvais, has joined the cast of “The Real Housewives of Beverly Hills.” The former “Jamie Foxx Show” actress, who portrayed Fancy on the sitcom, reportedly joined her new castmates recently for a casual get-together at Kyle Richards’ house. Looking lovely, Beauvais sported an off-the-shoulder floral dress and sandals. The lovely lady has been married twice, first to producer Daniel Sanders, whom she shares a son with, and then to talent agent Mike Nilon, whom she reportedly had a tumultuous marriage with for five years before she left him. They have twin sons.