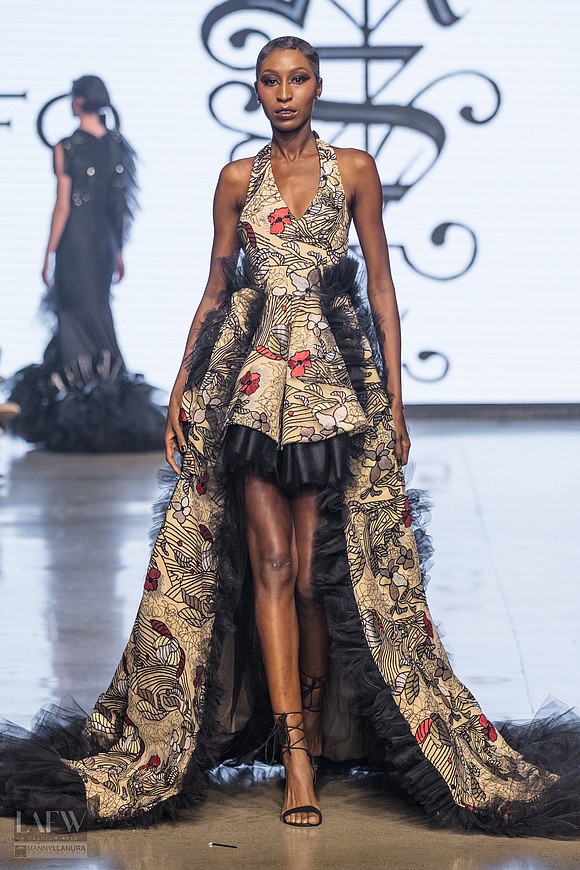 At Los Angeles Fashion Week, designer Angel Sanchez stood out with a sophisticated, vampire-inspired collection. Mordida, the theme of his show, featured sensual silhouettes in mostly black lace, with some sexy red knit dresses and ruffled skirt combinations. His details reflected dark yet beautiful aspects of vampires, which made a strong impact, especially for Halloween. There were lots of glamorous styles with distinctive shoulder treatments, patent leather, and vinyl accents throughout the collection. The looks were dramatic and luxurious.

In New York, designer Jason Wu continued to excite the audience with his incredible designs. You remember him, designer of the former First Lady Michelle Obama’s inaugural gown? Through merging American sportswear elements with a sophisticated global attitude, he has created timeless classics with a glamorous sensibility and a distinctive feminine aesthetic. He is a leading global designer.

Since debuting his ready-to-wear collection in 2007, Wu has been dedicated to making clothes that are beautifully crafted from the inside out. As for craftsmanship, he focuses on couture. Over 90% of Wu’s collections are manufactured in New York City’s Garment District. The 36-year-old, precocious designer has already achieved many of his aspirations, and he dresses some of the most influential women in the world including Michelle Obama, Kerry Washington, Reese Witherspoon, Julianne Moore, Diane Kruger and Christy Turlington, among many others.

The brand Chiara Boni focused on the rodeo for spring and summer 2020. They showed the best bold prints and accessories. The hit in this show was when mother-daughter models Pat and Anna Cleveland lip-synched “Can’t Take My Eyes Off You” by Frankie Valli and The 4 Seasons. The audience went wild! It was a memorable moment.

As a heady look for spring 2020, the headscarf is back. Paired with a hat, it looked new. From matching sets to the bold prints in different fabrics, every ensemble look was simply stylish.

In hair, artist Frank Rizzieri for Aveda has starred in three NYFWs now. He’s calm and knows exactly what hairstyle he wants for each show he works on. For the Tibi SS20 runway show, hairstyles were in contrasting textures with a sleek part down the center and natural-looking waves. Tibi usually works with a natural look for the models in their show.