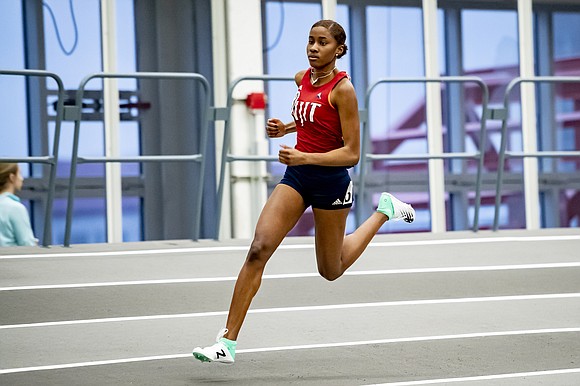 Academics and planning for the future are crucial to track and field athlete Sydne Nance. When the New Jersey native was deciding on where she would spend her college years, she was insistent on finding a school that offered architecture and an athletic program that would allow her to pursue such a demanding major. The sprinter/high jumper landed close to home at the New Jersey Institute of Technology.

“Architecture and track are very rigorous things to do together, and a lot of schools told me no,” Nance said. “I had two passions, and I felt I have to stick with both of these things.”

To keep up academically and athletically, she is very organized and does her work promptly. Nance refuses to pull all-nighters, opting instead for getting much-needed sleep and then waking up early to complete an assignment.

“I honestly don’t believe there’s not enough time in a day,” she said. “You can totally get it done if you manage your time well.”

As a child, Nance was interested in art. That evolved into an interest in design and finally architecture. Similarly, her commitment to track and field evolved over time. From age seven to 15, her main sport was tennis. She played tennis her freshman year of high school, but came to realize she didn’t have the endurance to take her game to the next level. At first, track was a way to build endurance, but she soon found a love for it.

“When I first started, I went straight into high jump, and I just loved the feeling of it,” said Nance. “You fly. It clicked with me naturally.”

Over time, her foot speed led to the sprints, and she fell in love with the 400 meters. In addition to the high jump, Nance represents NJIT in the 4x100 relay, 4x400 relay and 400 meters as well as the 100 and 200 meters occasionally. She usually does four events at any given track and field meet.

“Somehow I get through it. I keep myself motivated and eat lots of snacks in between when I can,” said Nance.

This weekend NJIT track and field student-athletes are in Jacksonville, Fla., at the Atlantic Sun Conference Championships. “I love going to North Florida; it’s so beautiful,” said Nance. “We get to go to the beach on our off days.”