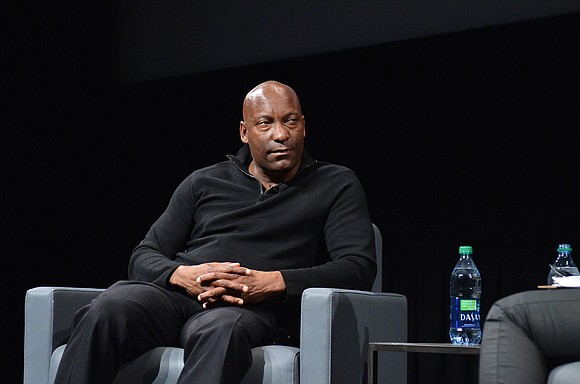 After suffering a massive stroke on April 17, renowned urban filmmaker John Singleton joined the ancestors this past Monday, at 51 years of age, after relatives told doctors to terminate the life-support which had been sustaining him.

“It is with heavy hearts we announce that our beloved son, father and friend, John Daniel Singleton will be taken off of life support today,” read the family’s statement, which was released on Monday, April 29, by Singleton’s publicist around 10 a.m. Pacific time. “This was an agonizing decision, one that our family made, over a number of days, with the careful counsel of John’s doctors.”

A private funeral for John Singleton will take place on Monday, May 6 with family and close friends. A larger public memorial service is set to take place in the coming weeks.

The South Los Angeles native brought real life urban tales to the reel world, with effortless authenticity. At just 22-years-young, fresh from film school, he was nominated for an Oscar for best director for his debut film “Boyz n the Hood.” He became the first African-American, and youngest person ever, to be nominated for the award.

As a visionary, he often utilized popular hip-hop artists in his films, almost guaranteeing a built-in audience. He infused stories with empowering characters and messages with an authenticity urban audiences could relate to. He utilized his art to deliver messages across Black America, which included various aspects from urban Black culture, displaying the diversity exhibited in the streets.

The roles were usually reversed. Instead of Black men playing subservient roles, they played empowering ones, such as Laurence Fishburne in “Boyz n the Hood,” Tupac and Janet Jackson in Singleton’s follow-up film “Poetic Justice” (1993), Busta Rhymes and Ice Cube in “Higher Learning” (1995) and in “Rosewood” (1997), which recreated a historical massacre committed by racist Caucasians against a town of Black residents in Florida.

“Everybody else copies young Black men,” Singleton once said. “If I reach them, everything else will fall into place.”

Through his films he showed the world an aspect of urban Black America seldom seen by those who’ve never ventured in it. He relayed messages to the masses through his characters.

“A lot of the films that were made prior to ‘Boyz n the Hood’ that deal with Black subjects that weren’t made by Black people, it’d be very difficult for those films to get made,” Singleton said in a ’95 interview. “‘Mississippi Burning’—crap like that. Those condescending movies about other cultures and everything. When those movies come out, and they’re not made by someone who is within that culture, people will just dismiss them.”

Despite writing the script for “Boyz n the Hood” while he was still an undergrad with only a few Super-8 projects on his résumé, Singleton insisted to Columbia Pictures that only he, a 22-year-old Black man from the same South Central Los Angeles his script depicted, could direct a film named after an N.W.A. song.

“I wasn’t going to have somebody from Idaho or Encino direct this movie,” he told The Guardian in 2016, in observation of the film’s 25th anniversary. Singleton was driven to create what he felt was absent: an aggressively realistic coming-of-age tale about Black teens. Though widely accepted as one of the preeminent films in the “‘hood cinema” canon, “Boyz n the Hood” is also a teen movie. “Thing is, [“Boyz n the Hood”] is still a teenage thing,” Singleton explained. “I grew up watching teenage movies. The folks don’t look like me—but I infused the whole thing with teenage angst.”

Amsterdam News writer, author and historian Professor Herb Boyd added, “Praise for the seminal ‘Boyz n the Hood’ and ‘Poetic Justice’ is warranted, but for me, ‘Rosewood,’ Singleton’s historical fiction drama, should not be ignored. It may not have had the commercial or critical success of the previous works but his treatment of this massacre that occurred in Florida in 1923 is required viewing and a remarkable addition to the film canon.”