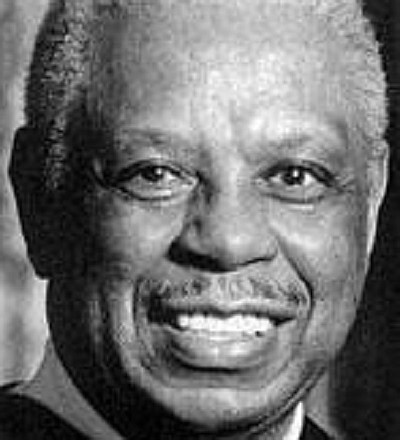 One of the last things Professor Thurgood Marshall told his graduating student Damon Keith were four words: “Equal justice under law.” Those words embodied Keith who as a senior judge of the U.S. Court of Appeals for the Sixth Circuit put a capstone on his distinguished legal career. We look to that legacy now with the news that he made his transition on Sunday in Detroit. Judge Keith was 96.

From 1950 to 1967 he was ostensibly in private practice, although between these dates he served four years as a lawyer in the Office of the Friend of the Court. Another date of importance occurred in 1953 when he married Rachel Boone. (She died in 2007.) In 1964, he was elected co-chair of the Michigan Civil Rights Commission and played a significant role during the riot or rebellion of 1967. By this time, Keith had been appointed to a seat on the U.S. District Court for the Eastern District of Michigan by President Johnson.

Ten years later, President Jimmy Carter appointed him to the U.S. Court of Appeals for the Sixth Circuit.

Always an iconic figure in Detroit, Keith gained national attention in 1971 when he ruled that the Nixon administration and Attorney General John Mitchell could not engage in warrantless wiretapping of suspects conspiring to destroy government property. That decision was affirmed by the appellate court but eventually ended up in the Supreme Court where Keith, who had been sued by the Nixon administration, prevailed.

A year before the “Keith case” as the contretemps with the Nixon administration was called, Keith had ordered a bus policy and new boundaries in the school district of Pontiac, a city just north of Detroit, to put an end to racial segregation. Even though he was in the court with the Nixon administration, he still found time to decide that Hamtramck, an enclave surrounded by Detroit, had illegally destroyed African-American neighborhoods under the rubric of urban renewal. Two hundred housing units were created for Blacks, and there remains an ongoing dispute over property taxes and the slow pace of construction.

There are sure to be a flood of encomiums and they were underway long before his departure. Several years ago former Attorney General Eric Holder said of him, “Time and again, he has proven his allegiance to the most sacred principles of the American justice system as well as his unwavering commitment to the four words etched upon the building where the highest court convenes: ‘Equal Justice Under Law.’”

Accolades for the best jurist never to serve on the Supreme Court, according to many of his colleagues, abound in “Crusader for Justice,” a biography co-authored by Peter Hammer and Trevor Coleman. It is there you’ll find this gem from Yale University president A. Bartlett Giamatti, upon conferring Keith an honorary doctor of laws: “In your long career as a civic leader, lawyer, and judge in your beloved Detroit, you have come to stand not only for the rule of law but for common sense in its application. You were a pioneer in fashioning the central role of the courts in ensuring equal justice, and you had the courage to face and resolve as a judge the most divisive issues of our time. You have championed the causes of Black Americans, of working people, of dissenters, and the poor.”

On a personal note, Keith and I have in common Northwestern High School from which we both graduated, and that distinction belongs as well to the superb Willie Horton, an alumnus and former Detroit Tiger, and who as a teenager had Keith become his legal guardian.

In many respects Keith was a guardian of our legal rights.

Among his many honors and awards was the Spingarn Medal from the NAACP in 2014.