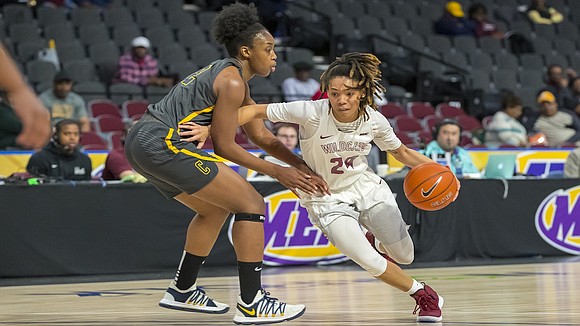 Basketball season is not done for three tenacious Division I women’s basketball teams from New Jersey and one from New York. Their action begins today, tomorrow and Saturday as they play in the WNIT and NCAA Division I Women’s Basketball Tournament.

Fordham University, a program that has taken shape under coach Stephanie Gaitley, earned its return trip to the Big Dance by winning the Atlantic 10 Championship. The Rams, the 14th seed in the Portland Region, go into action Saturday against No. 3 seed Syracuse hoping to extend their 12-game winning streak.

Rutgers University makes its return to the NCAA Tournament with an at-large bid, but the Scarlet Knights will be without longtime head coach C. Vivian Stringer, who is currently on medical leave. Rutgers is the seventh seed in the Albany Region and takes on 10th seed Buffalo Friday.

Seton Hall University received an at-large bid to the postseason WNIT and will play Toledo this evening.

There will be one HBCU school in the NCAA Tournament. Bethune-Cookman University earned its spot by winning the Mid-Eastern Athletic Conference title. The Wildcats have the daunting challenge of taking on the defending NCAA Champions, Notre Dame, in the first round, but that doesn’t dim their enthusiasm.

“What better way to have it? We get to play one of the best teams in women’s basketball,” said coach Vanessa Blair-Lewis. “This moment was something that they’ve climbed far to get. It just means that the hard work has paid off.”