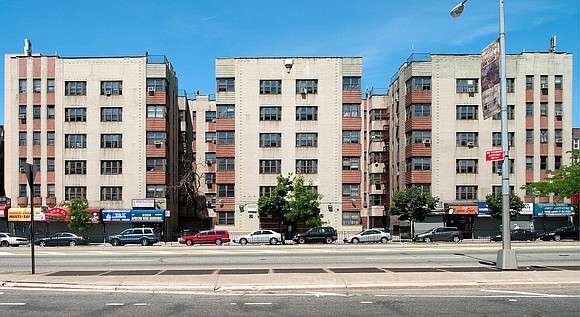 Bronx apartment building workers rallied for a fair contract, but it wasn’t the only thing on their agenda.

Last week, workers voted to authorize a strike if necessary while negotiating a new contract.

“We’re always worried about what will happen during bargaining, but we are ready to fight because united we are strong,” stated Carescencio Bulnes, a superintendent at 137 W. 193rd St. “After 38 years of bargaining, I haven’t lost once and I’m not expecting to lose this time. The superintendents in the Bronx are just waiting for the moment to strike, if we have to, but we’d rather win a good contract.”

“As the residential market continues to boom in the Bronx, we have to be clear that value doesn’t only lie in our properties or new developments,” added John Santos, vice president of residential division of 32BJ SEIU in a statement. “There is great value in the lives of people in our Bronx communities, so we must continue to make an investment in local workers and the benefits they need to support their families and our communities.”

As the AmNews previously reported, 32BJ SEIU began contract negotiations with the Bronx Realty Advisor Board in February.

Bronx building workers include doormen and doorwomen, porters, handy persons and supers. They want a “fair wage” increase, fair minimum rates for new hires and the maintenance of health and pension benefits.

“We know that good paying jobs help our communities and our economy flourish and stabilize families,” stated New York City Council Member Andy King. “Today’s rally represents the best of unified laborers and elected officials demanding fair and honest wages for the men and women who put in honest work daily. I’m calling on the Bronx Residential Advisory Board to reach an agreement that ensures strong wage increases and health care benefits for the thousands of building service workers in our Bronx communities.”

32BJ SEIU represents the 3,000 Bronx building workers who work in different types of buildings, including luxury apartments, rent-stabilized units, condos and co-ops. According to the union, in the second half of 2017, Bronx investors spent $1.5 billion, which was an increase from the previous year. The Bronx population has grown over 25 percent in the last 25 years and average residential prices passed their pre-recession peak for the first time in the second quarter of 2017.

Also according to 32BJ, building service workers now find themselves struggling to keep up with the rising cost of living in the Bronx and in the five boroughs in general. New York City Comptroller Scott Stringer agreed and said that the Bronx Realty Advisor Board should do right by the people who keep their buildings safe and maintained.

“Across the Bronx, thousands of families depend on the dedicated members of 32BJ to keep their homes safe and secure—that’s why now more than ever, we need to fight for their rights,” said Stringer in a statement. “If we want to continue to grow our economy for everyone, we need to protect working New Yorkers. That means taking a stand for fairer wages, better health care coverage, and pensions that can be relied upon for the long term.”