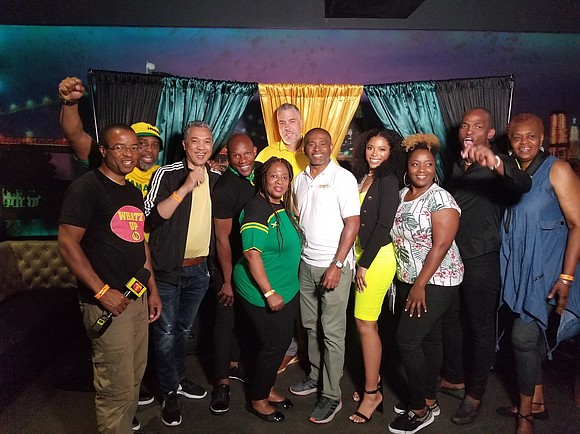 On Sunday, June 9, the Jamaica Tourist Board hosted the first of a series of watch parties. Online people from watch parties in places such as Baltimore, Fort Lauderdale and Toronto joined New York to cheer on the Reggae Girlz as they faced Brazil in their opening match.

The JTB invited “Jamaicans and friends of Jamaica in New York to come out to Milk River Restaurant, downtown Brooklyn and cheer on the Reggae Girlz.”

Lots of people came with their families, some with friends. They gave the people a delicious brunch of ackee and saltfish with yam and green banana and dumpling, and chicken and waffles and burgers. There was also a great DJ, and everyone had fun.

The ladies lost the game 3-0, but every fan promised to support them as they continue their campaign in France.

Jamaicans are celebrating that the Reggae Girlz’ first time marks the first time a Caribbean nation has played in the Women’s World Cup. On Friday, June 14, the Reggae Girlz will be in Reims at Stadt Auguste-Delaune, facing Italy at 3 p.m. ET.