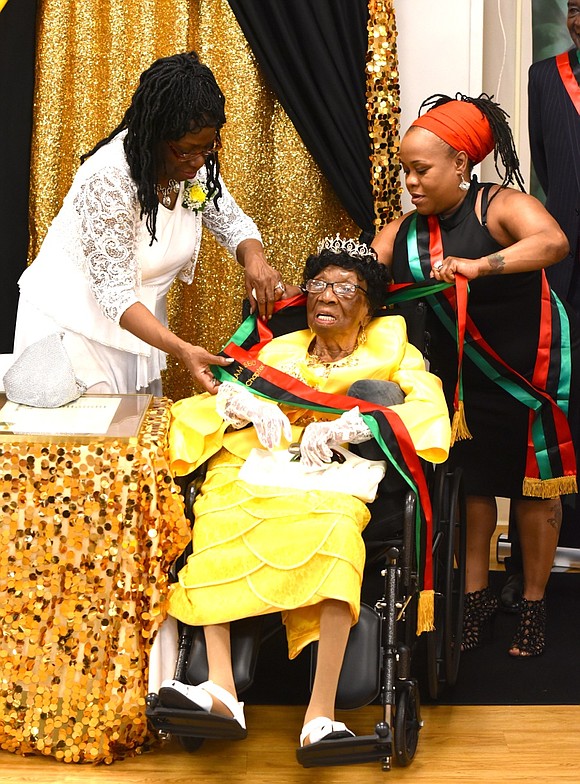 Harlem is home to some of the most incredible people. But more especially home to the oldest living person in the United States, Alelia Murphy. Born in Grifton, North Carolina in 1905, Murphy was one of 12 children. As a child, she was an outstanding student and even enrolled in a college near her hometown. Unfortunately, her education was cut short due to her mother’s illness as tuition expenses became unmanageable.

Murphy moved to New York City in 1926, and arrived in Harlem during the peak of the Harlem Renaissance. In October 1926, Alelia married her hometown sweetheart Furd Murphy and had two children, Frederick Murphy and Rose Murphy. The couple were together until the death of Furd in 1953.

Alelia found different jobs to support her family, one of which was sewing hats: she became the “Queen of Sales” at the Fuller Brush Company. Murphy is a well-known member of the Harlem community. She’s a member of the Eastern Star, served on the Taft Rehab Executive Board, and was a chairperson for the NYCHA Tenant Patrol.

In attendance for her 114th birthday celebration at Harlem State Office was New York State Senator Brian Benjamin. Special proclamation letters were received by Mayor Bill de Blasio, Manhattan Borough President Gale Brewer as well as a long list of others. Murphy is looking to continue her reign as the oldest living person in the United States. The reported oldest woman in the world is Kane Tanaka of Japan, at 116 years old.