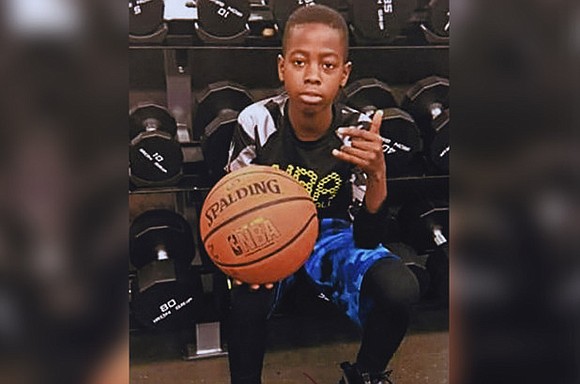 “Why did you kill him?” Raymonde Figaro bemoaned. “There’s nothing left in my heart... I don’t feel my body anymore.”

On Friday afternoon, Feb. 22, piercing the spring break-type air was the pained guttural wail of mom as she tried to absorb the news that Samuel Joseph, her 15-year-old son, had just been shot dead in their home. Her cry rattled the bones of a community uncomfortably too used-to the violence often perpetrated by young people, who have an allegiance to a street life which seems to be hell-bent on having them caught up in a do-or-die existence.

Neighbors repeatedly called the high schooler “a good kid.” He had just returned from getting food when apparently the assailants laid in wait, and shot the child in the head.

As the NYPD unrolled the too-familiar yellow police caution tape, news filtered that two men between 18 and 25 had stepped to the victim’s sister and asked where her brother Kingsley was. Reports state that the shooters were in fact looking for Samuel’s older brother. This, though, is small comfort to a mother who has to now bury one of her young children, merely six years after arriving in the city from Haiti.

Figaro said that when Samuel answered the door, the assailants pushed him into their Flatbush home and shot him point-blank with a hail of bullets.

She found her youngest of nine lying on the floor in a pool of blood: “Seven times, they shot him,” in his face, neck and chest. Family and friends tried to comfort her as she broke down in the street as the media tried to get answers.

Through her grief she asked how the gunmen could confuse one brother for another. “It makes no sense,” she said.

The anti-gun violence youth advocate told the Amsterdam News, “No mother or parent should ever have to bury their child. It is said that the shooting was a case of mistaken identity. The murderers were looking for Samuel’s older brother. I know their pain all too well, as I have lost someone close to gun violence.”

The Amsterdam News posed a question to Beckford, which was asked of reporters this weekend, ‘Why is deadly violence such an uncomplicated option for some young people who have not lived long enough to fully understand the value of life?’

“The youth are hurting and I see their pain. They feel lost, forgotten and abandoned. There are no community centers or opportunities for them. There is a disconnect between them and their elders, so they rely solely on their peers,” said Beckford. “I will be launching the ‘Save Our Youth Initiative’ to reach as many youth as possible and bring the resources and opportunities to them. To let them know that someone does care and sees their potential for greatness in life.”

The police department told the Amsterdam News this week, “There are no arrests at this time. The investigation is ongoing.”

On Feb. 22, 2019, at “1744 hours police responded to a report of a person assaulted on Flatbush Avenue. Upon arrival officers discovered a 15 year-old male with gunshot wounds to the head and torso area. The victim was removed to Kings County Hospital where he was pronounced deceased.”