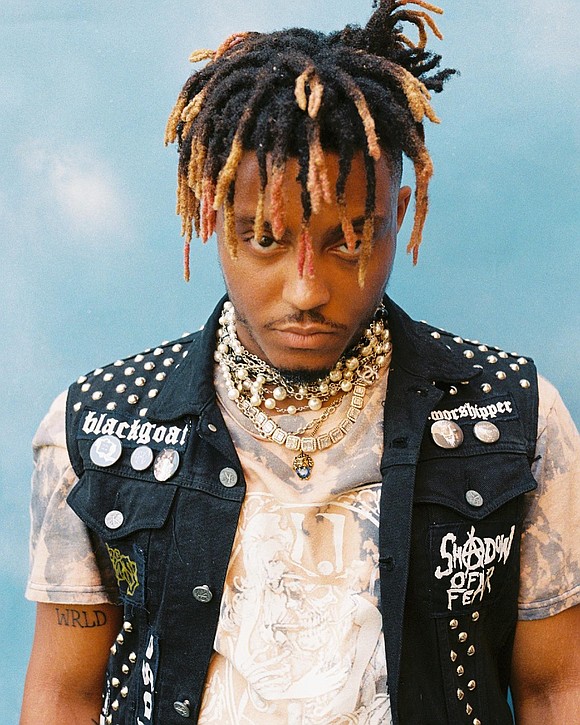 Up and coming rapper and singer Juice Wrld died Dec. 8 after suffering a seizure as law enforcement searched luggage aboard his private jet for guns and drugs at a hangar inside Chicago’s Midway Airport, according to the Chicago Sun Times. Officers and federal agents were waiting for the flight to arrive from Los Angeles, following suspicions the musician was in possession of contraband. An agent is then said to have administered to Juice Wrld two doses of Narcan, an emergency treatment for opiod overdose. He just turned 21 the prior week. A search of luggage aboard the jet yielded 70 pounds of marijuana and six bottles of prescription cough syrup. Investigators also confirmed that two 9mm pistols, a .40 caliber pistol, a high capacity ammunition magazine and metal piercing bullets were also found. Juice’s first big hit, “Lucid Dreams,” came in the summer of 2018, reaching No. 2 on the charts. The emcee also sang the hook on Travis Scott’s “Astroworld” cut, “No Bystanders.” Ironically, Juice also recorded a song called “Legends” about Lil Peep and XXXTentacion’s death. The lyrics said: “What’s the 27 Club? We ain’t make it past 21.” Condolences to Juice Wrld’s family, loved ones and fans.

International recording artist Deborah Cox gives her fans a special treat this holiday season with the release of “Gimme Some Christmas.” Cox recorded the soon-to-be classic for Disney’s 2019 holiday movie, “Noelle.” “‘Gimme Some Christmas’ is a sassy and slightly naughty song,” says songstress Deborah Cox. “That’s what I love about it. I feel it has a classic and timeless feel that could become a season favorite.” Cox has been making the rounds promoting her new R&B single, “Easy Way,” which will be featured on her forthcoming studio album, scheduled for release in 2020.

On Tuesday, Nov. 26, celebrity philanthropist/author and Mission Society board member, Jean Shafiroff, along with her husband, Martin Shafiroff, hosted a gathering to kick off the holiday season and celebrate the Mission Society’s impact on New York City. With over 100 guests in attendance, Ms. Shafiroff welcomed family and friends to “party with a purpose” by learning more about the Mission Society’s educational programs and getting involved in the organization. Guests included Mission Society President Elsie McCabe Thompson and New York State Assembly member Rebecca Seawright, among others. “The holidays can be a difficult time for many of the families that the Mission Society serves. I hope this gathering inspires people to learn more about our important programs and to give back to help lift others up,” shared Jean