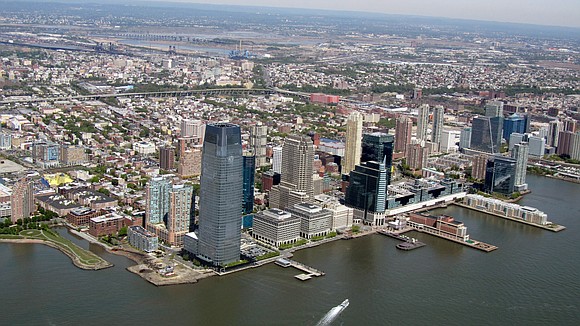 Shock and mayhem hit Jersey City when a shooting left six people dead, including the suspects, and three people injured. The ordeal has triggered a conversation about gentrification in the Black neighborhood where the shooting occurred.

On Dec. 10, suspects David Anderson and Francine Graham, who were Black, fatally shot Jersey City Police Detective Joseph Seals at Bayview Cemetery, according to reports. Anderson and Graham then drove to JC Kosher Supermarket on Martin Luther King Drive where they allegedly fatally shot three other people, including a 33-year-old female store owner, a 49-year-old male employee, and a 24-year-old male customer.

Anderson and Graham were killed by police in a shootout during an hour long standoff. The weapons the suspects had included an AR-15 rifle, Mossberg 12-gauge shotgun, a 9mm Ruger, 9mm Glock 17 and a Ruger Mark IV with homemade silencer. Police also reportedly found a pipe bomb in the vehicle Anderson and Graham were in that was not detonated.

This week, police arrested pawnshop operator Ahmed A-Hady on weapons charges. His phone number and address were reportedly found in the pocket of one of the suspects.

During a search of a pawn shop and A-Hady’s home, investigators discovered six rifles, three handguns and one shotgun, and over 400 rounds of ammunition, including a large number of hollow point bullets.

Lt. Governor Sheila Oliver said the shooting is another alarm to crack down on guns in New Jersey.

“We cannot allow gun violence to cripple our communities and schools with fear; we must continue to fight back and come out of this tragedy stronger,” she said.

The suspects had a prior connection to the Black Hebrew Israelites and were active on social media with what some reports say is anti-police and anti-Semitic rhetoric.

Jersey City is one of the most ethnically diverse cities in the world with Blacks making up almost a quarter of the population. The Greenville neighborhood, where the shooting took place, is considered the hub of Black culture. African Americans began moving to the area in the 1950s.

Over the last several years, Hasidic Orthodox Jews started moving to the neighborhood from Williamsburg, Brooklyn in search of affordable housing. A reported 75 to 100 Jewish families have moved to Greenville.

Long-standing Black neighbors say there is a sense of segregation in the neighborhood.

“Change is always a good thing, but the process can be painful,” said City Councilwoman Joyce Watterman. “When it comes to different cultures coming into the African American community, they feel forgotten. We feel violated in so many ways. I think that we need to have programs that deal with diversity.”

Watterman added that she plans to meet with Black clergy in Greenville to discuss the situation and later wants to bring the Jewish community into the conversation.

Activist Larry Hamm of the People’s Organization for Progress said that while the case still has many missing pieces, gentrification has been going on in Jersey City over the last 25 years.

“Jersey City is like the United Nations,” he said. “It’s obvious that Jersey City is undergoing gentrification at the angst of the African American community.”