The hopes and dreams of children and their community 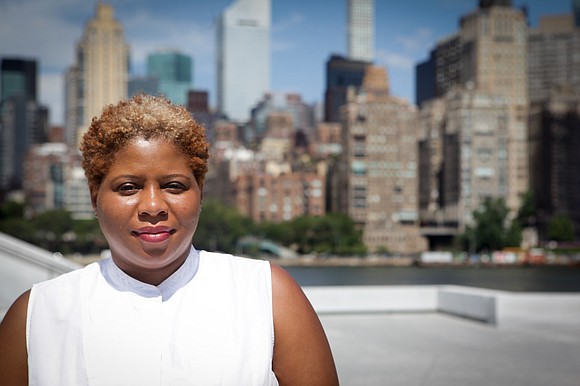 The future for kids and the Harlem community may lie in the fields of science, technology, engineering and mathematics (STEM).

Dominique Jones has worked with the Boys and Girls Club since 2013. With a degree in political science and a master’s in urban policy and management, she has worked with nonprofits on issues including youth and antipoverty initiatives.

She told the AmNews that by working with the Harlem Boys and Girls Club, she’s had the ability to put all her previous experiences into one for the betterment of children and of the community, which the Ohio native has called home since 1995, after graduating from Spelman.

“My goal is to see the Boys & Girls Club grow, to be a marquee, the best in class development organization serving the Harlem community,” said Jones. “We’re getting to that place where we’re serving more kids and providing quality service.”

Jones believes that the day camp through the Boys and Girls club here in the community is one of the best programs for youth to attend in the city. The program runs for eight weeks after the Independence Day holiday and ends right before Labor Day. Through this program they learn more about the city in which they reside.

“The camp is infused with cultural enrichment, academic enrichment. We want to help develop our kids’ leadership skills,” said Jones. “But we also do traditional activities like swimming, sports and other activities so that kids can be active and engaged.”

In addition to the program, they also work with young adults for summer youth employment and help students transition into high school. The Boys and Girls Club of Harlem also helps with getting students ready for colleges.

In September, they also plan on handing out back-to-school items such as backpacks and other necessities for the students’ school needs. During this period, they also plan to start enrolling for their afterschool programs.

This organization also needs help from the community; sponsors, donations. The goal, according to Jones, is to expose the kids to the best of everything—to do so there is a cost but no matter how small or large the donations are, they go a long way.

A major fundraiser for the club is golfing, which commences on Sept. 24. Avid golfers are invited, along with those who want to golf for a cause, to support the Boys and Girls Club of Harlem. The event takes place at the Manhattan Woods Golf Course in Nyack.

The annual gala takes place in November, which is a big fundraiser that provides a significant amount of support.

Within the last few years since Dominique Jones began working with the Boys and Girls Club of Harlem, she has worked with the board to implement programs that are beneficial to not only children but also to the community.

“We want to be able to take our children out of state to visit a National Park Service like Sagamore Hill,” said Jones.