TWU Local 100 to workers: Keep eyes out for transit attacker 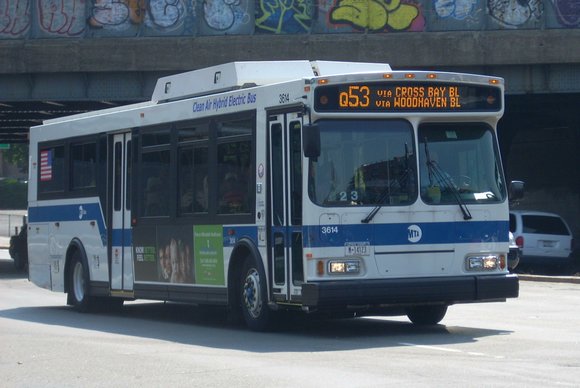 Transit workers union officials told their constituents of someone on the loose targeting their brethren.

TWU Local 100 issued an alert to transit workers around the five boroughs after someone attacked two workers in the Bronx an hour apart.

On April 19, the suspect attacked an MTA train conductor on a northbound 6 train at the East 138th Street and Brooke Avenue stop and an MTA bus driver on a MTA bus in front of 250 Grand Concourse at East 138th Street. The suspect in question threw cups of urine on both employees and fled each location on foot. Both victims were treated at local hospitals.

“Take a close look at this photograph and call the police immediately if you know him. He is a dangerous menace and needs to be arrested right away,” stated Utano. “These were disgusting, horrific attacks that cannot go unpunished.”

Officials from the New York Police Department said the same person, a Black male, 5-foot-7, weighs around 160 punds, was involved in both attacks.

“As you drive bus and train routes, keep your eyes out for this suspect and alert the authorities if you spot him,” stated Utano. “But also be careful. Bus Operators should keep their windows closed. Train Conductors should make sure they are wearing their goggles—and close their windows if someone approaches on a platform.”

Utano also said that TWU members should make sure their windows are closed and they are wearing goggles during their shifts.

“These senseless attacks are disgusting and disgraceful—I’ve asked NYPD to step up patrols in response to the subway incident in addition to our prior request to increase police presence on buses,” stated Byford. “And we will do whatever we can to help NYPD identify the perpetrator or perpetrators, including sharing any video surveillance that may exist.”

Anyone with information on the assailant is told to contact Det. Elaine Jenkins at 718-794-2185, by logging onto www.nypdcrimestoppers.com, or by texting tips to 274637 (CRIMES) and then entering TIP577.