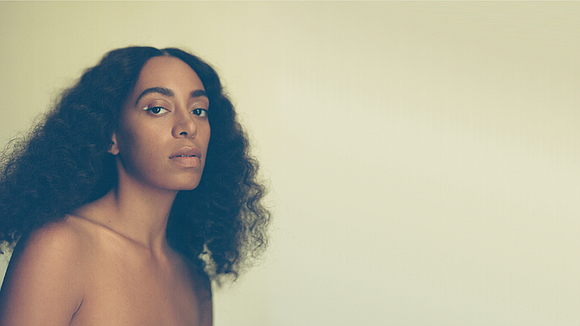 “There is a lot of jazz at the core,” Solange told The New York Times. “But with electronic and hip-hop drum and bass because I want it to bang and make your trunk rattle.”

The 32-year-old artist opened up to New York Times Style Magazine in a lengthy interview chronicling her musical history and her iconic 2016 album, “Seat at the Table,” along with her upcoming endeavors.

The New York Times wrote, “Her mission to bring largely Black audiences to typically white spaces is, in itself, transformative. The Guggenheim did not host its first solo exhibition by an African-American woman until Carrie Mae Weems’ retrospective in 2014, just three years before Solange’s ‘An Ode To.’ It would be an understatement to say that the rarefied temples of Western art have not typically been welcoming to Black women’s artistry. Her efforts, Solange hopes, will set precedent for other Black performers like her. In a photograph taken at the Menil show in Houston, a little Black girl looks on, awe-struck. She is too young to grasp all the nuance of what she sees, but she knows it is monumental, and she knows the people doing it look like her. At a series of small performances at Vancouver’s Rennie Museum last year, the venue covered the cost for members of Black Lives Matter. ‘The front lines,’ Solange says, ‘are open to my people.’”

Solange, being as unique as she is, will never live in the shadow of her superstar older sister, Beyoncé, who has dominated the R&B pop world for decades. Solange has carved out her own niche, vision and work ethic earning her the spotlight she truly deserves.

Never underestimate the power of the creative mind, which can set any ambitious and individualistic artist apart from the most powerful stars. Solange has given herself time, space and freedom to cultivate a visual and aural world that is truly her own.