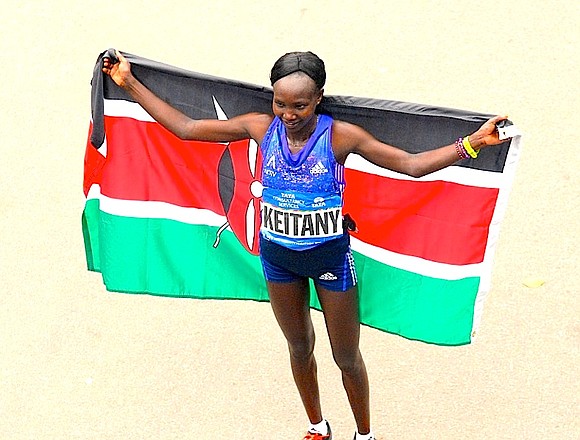 More than 51,000 runners and joggers, some from this area, professional and amateur, will descend on our city streets this week for the New York City Marathon, which takes place Sunday morning, beginning at 9 a.m., officially ending sometime that evening when the last runners cross the finish line with that “Thank you, Lord, this is finally over. I can’t believe that I’ve made it,” look on their faces.

Runners from our 50 states and the 125-plus nations are here to compete in the annual 26.2 mile, TCS New York City Marathon. It’s the world’s biggest and most popular marathon event. It’s the Super Bowl of sorts for running.

Flanagan overtook Mary Keitany, the three-time NYC Marathon winner from Kenya and last year’s defending champion, in the 23rd mile of the race and surprisingly broke from Keitany and the other runners, distancing herself, unchallenged in the last 3 miles to win the women’s division of the marathon. It was the first time that an American woman had won that division in 40 years.

Flanagan had run a tactically sound race. “The training that I put in was the best I’ve ever had,” she said after finishing the marathon in 2 hours, 26 minutes and 53 seconds. Keitany, coming in second, crossed the finish line 61 seconds behind her. Both Flanagan, 37, and Keitany, 36, will compete again Sunday with Keitany looking to re-claim her title.

Also defending her title Sunday will be Manuela Schar from Switzerland, who defeated four-time defending champion Tatyana McFadden in last year’s women’s marathon wheelchair division, a sweep for the Swiss with Marcel Hug victorious in the men’s, the first time wheelchair division winners were both from the same country. McFadden will also compete.