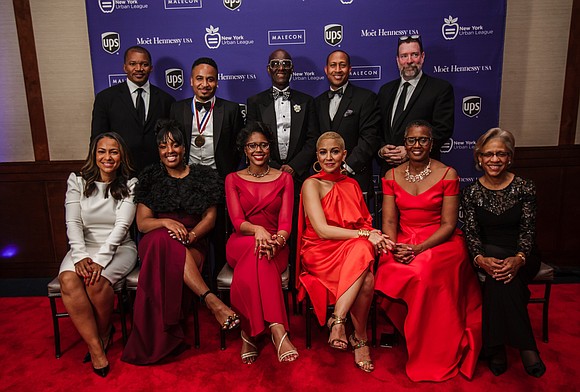 NYUL Board of Directors Photo Courtesy of the NY Urban League

The New York Urban League celebrated its 53rd annual Frederick Douglass Awards Tuesday, May 15 at Pier Sixty in Manhattan. Focusing on the achievements of the most prominent African-Americans in their respective industries, the Urban League has selected an esteemed group of honorees to award for their service to the community and advancement of their culture. Celebrating a staple in the fashion industry, legend Dapper Dan was honored with the Icon Award, giving acclaim to the mark that he has made on fashion over the past several decades. Continuing the progression for feminism, Google’s Global Head of Women and Black Community and Engagement, Valeisha Butterfield, was given the Ann S. Kheel Awards for strides in diversity and inclusion in the tech sphere.