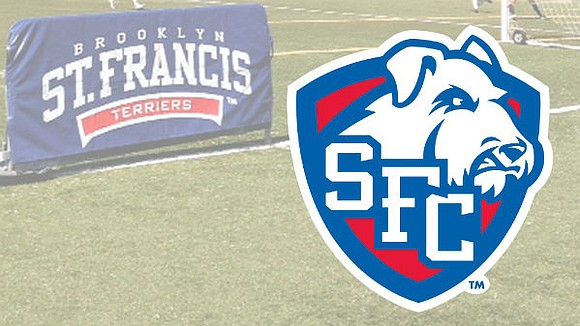 With the launch of women's soccer and men's volleyball, the St. Francis Terriers become a greater presence in Division I sports. St. Francis Athletics

Things are busy in the athletic department of St. Francis College in Brooklyn. In recent weeks, the Terriers added two Division I sports. First, it announced the development of a men’s volleyball program, followed by the announcement of a women’s soccer team. Both teams will begin play during the 2019-20 school year. This addition will bring the college’s number of Division I NCAA teams to 21.

With soccer a popular youth sport in which many girls take part, St. Francis can become a visible goal for kids in New York City. The men’s soccer program, which has won the Northeast Conference Championship and competed in the NCAA Tournament four of the past five years, will celebrate its 50th anniversary the year women’s soccer launches.

“Adding a women’s soccer program at this point in the college’s history makes us that much more excited to see this program succeed,” said St. Francis athletic director Irma Garcia.

“We’re hitting the ground running,” said Mueller, who has already begun recruiting. He grew up in Missouri and had the good fortune of being exposed to volleyball in high school. Mueller began coaching right after college and is well-known in New York City, having previously coached at Columbia, Fordham and Brooklyn College before coming to St. Francis.

“The boys’ volleyball scene in New York is pretty good,” said Mueller. “The PSAL is quite good. There is some really good volleyball on Long Island and in Westchester.”

The MotorMVB Foundation, a nonprofit organization focused on the growth of boys’ and men’s volleyball, is providing a $100,000 grant to help establish the St. Francis program. Mueller is inspired to be a part of that growth.

“When you talk about growing the sport, the more programs, the more scholarship opportunities that are available for these boys, the better that’s going to be for the sport long-term,” said Mueller. “Now we’ve got a collegiate program with scholarships.”