The Rev. William D. Robeson, patriarch of an illustrious family 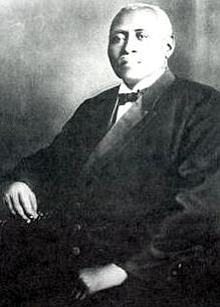 On April 9, many will celebrate the 120th birthday anniversary of the great Paul Robeson. Although Paul Robeson, a Black American icon, left a formidable legacy that extends all the way to Russia, where a mountain bears his name, very little is known about his father, William Drew Robeson. As we know so well, the branch of a tree can be traced back to trunk and the root, and Paul Robeson inherited much of the character, intelligence and indomitableness from his father.

Born in July 1844 on the Roberson plantation, Cross Road Township, Martin County, N. C., William, as we discern from the date and the location, was the child of slaves. In his book about his father, Paul Robeson Jr. wrote that his grandfather was “a dark skinned man descended from the Ibo tribe in Nigeria.” He was of medium height with broad shoulders and “had an air of surpassing dignity.”

William was a devout paragon of personal dignity, but, as his grandson noted, he was a very quiet man and somewhat remote, often finding it difficult to “dispense praise and unlikely to demonstrate affection.” Although he was loved and appreciated by his family, they also feared him. Because he rarely shared his early years with his offspring, his life was a mystery to them.

In 1858, at the age of 15, William and his older brother Ezekiel escaped from slavery and the Roberson plantation via the Underground Railroad to Pennsylvania. Away from the plantation, William was not away from working the land, and from his labor he saved enough money to return twice to the plantation to help his parents.

When the Civil War erupted, the brothers joined the Union troops and were among the soldiers who beat back an attack by the Confederate general George Pickett at New Bern, N.C. At the war’s conclusion, Ezekiel returned home to work with his parents. William stayed in Pennsylvania and later attended the Freedmen’s School. In 1867, he demonstrated an ability to enter classes at Lincoln University, eventually earning a Bachelor of Arts degree. Nine years later he had a Master of Arts degree and a bachelor of sacred theology.

At Lincoln, William met his future wife, Maria Louisa Bustill from Philadelphia. They were married in 1878 while William was excelling in his divinity studies, particularly in ancient languages. The couple were soon working together on Robeson’s sermons and she was selflessly involved in many civic affairs and community activities.

They moved to Princeton, N.J., where William was the pastor of the Witherspoon Church, and as he developed the church into a bastion of success and certitude, his uncompromising sermons often unnerved the white community.

Never one to concede an inch of his respectability, he was often at odds with the white members of his church. They were even more riled when they learned of his brash demands on Woodrow Wilson, the president of Princeton University. When his son Bill was denied entry to the school because of his race, William prevailed on the president to allow him to enroll. It was often rumored, according to Paul Robeson, that his father’s audacity cost him the pastorate at the wealthy white Presbyterian Church.

On Jan. 27, 1901, William preached his last sermon at Witherspoon. In the sermon he made no direct reference to his dismissal, but he intimated that it had something to do with his fight for equal justice and fair treatment. With his removal as pastor, the family also had to vacate the church’s parsonage, relocating nearby on Green Street. In his autobiography, Paul Robeson wrote that his father “was still the dignified Reverend Robeson to the community … And not once did he complain about the poverty and misfortune of those years. … He got a horse and wagon and began to earn a living hauling ashes.” He also earned additional money as a hack and a coachman, driving students around town and on trips to the seashore.

In 1904, tragedy struck the Robeson family when Maria, now nearly blind, was severely burned when hot coals from a tilted stove shot flames through the room and engulfed her. She lived long enough to say farewell to her husband after he returned from a business trip. Now it was left to William and the children to bide by themselves, and very early Paul Robeson learned the responsibilities of an adult.

This time was also when father and son grew closer, and Paul Robeson especially relished those moments by his father’s side during church meetings and various affairs.

William pushed his son relentlessly to excel in education. It is not often understood the extent to which William taught Paul his first lessons in math, languages, music, art, theology and oratory, in all of which he would later be triumphant.

By 1907, the Robeson family had cut its ties to Witherspoon church, and now Rev. Robeson, as he was known throughout the community and beyond, switched to the African Methodist Episcopal Zion domination. In Westfield, N.J., with a small but devoted congregation, William and his sons began building their own church.

Three years later the AME Zion church hierarchy assigned the Rev. Robeson to pastor St. Thomas AME Zion Church in Somerville, N.J. Along with his church duties, the reverend was often Paul’s tutor in Latin and the classical languages, and his proficiency never diminished. Even though Paul Robeson, unlike his brother Ben, eschewed the pulpit, his father was pleased that Paul had earned a four-year scholarship to Rutgers. However, he would have been even more satisfied if Paul had been able to enter Princeton.

During Paul’s early years at Rutgers, his father payed close attention to his grades, and once forbade him to play basketball until his grades improved.

“William Drew had been ill for some time, but in characteristic fashion had suffered stoically in silence,” Paul Robeson Jr. wrote. “When he was certain he had little time left, he summoned Paul to help him for a few days to put his affairs in order. Then he dispatched him back to Rutgers, having decided to die alone at home. His final request was for Paul to participate in the upcoming Junior Oratorical Contest at Rutgers; he died three days before the event.”