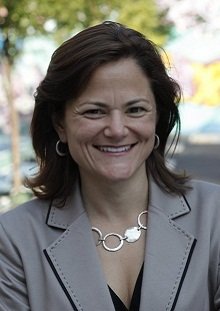 New York City Council Speaker Melissa Mark-Viverito allegedly wanted a “Spanish manager” at Mill Brook Houses in the Mott Haven section of The Bronx, according to a lawsuit.

As first reported by the New York Daily News, the New York City Housing Authority’s then-director of Optimal Property Management Department Sibyl Colon said the Council speaker confronted the manager of Mill Brook, Allison Williams, about not being fluent in Spanish. When Williams, who’s Black, said that she goes to a language bank of on-call translators for help, Viverito called it “unacceptable.”

Williams told her side of the story to the AmNews.

“I thought, ‘Oh, she’s not going to be there. She’s not going to come to the little meeting,’” said Williams of the meeting that took place at the Council speaker’s Bronx office at 214 St. Ann’s Ave., July 30, 2015. “I was surprised she was there. I’m waiting for the agenda to be given out to everyone and there was no agenda.”

According to Williams, that’s when the Council speaker asked her how she treated her Spanish tenants.

“I’m thinking, ‘Why is she asking me that?’” said Williams. “I’ve been here forever and I’ve never had a problem with Latino residents. I said to her that we have a language bank. She said, ‘That’s unacceptable,’ real nasty like.”

Williams then said that she also told Viverito that she sometimes goes to the maintenance department downstairs to find someone who speaks Spanish. The Council speaker, allegedly, also called that “unacceptable.”

“I was very uncomfortable,” said Williams. “If I was younger, I would’ve said a few things to her.”

A representative for the Council speaker emailed a statement to the AmNews saying, “This lawsuit is ridiculous, has no merit and is a complete waste of taxpayers’ time and money. We are confident all claims against the speaker will be dismissed off the bat.”

But Colon also spoke to the AmNews and backs up Williams’ claims. She also talked about how tough it’s been for her since she stepped down from her post with NYCHA.

“I was unemployed for quite a while, so that was very stressful,” said Colon. “But I finally secured employment in June of this year. So there’s been some financial struggles.”

According to Colon, after the meeting, she was constantly contacted by the higher ups at NYCHA asking if Williams was replaced yet.

“Where are we with the transfer of the Mill Brook?” Colon and her lawyer, Marcel Florestal, alleged she was asked via emails. “Have you gotten rid of the manager from Mill Brook yet?”

Colon said her complaint against NYCHA and the Council speaker is “100 percent accurate and valid.” Colon also said it was the first time in 30 years of working for the housing authority that she had ever been in a politician’s office.

A representative from NYCHA said, given the diverse population of public housing in the city, “Providing language access to our residents is crucial. We are committed to ensuring meaningful access to language services for all residents at all of our developments.”

“When I filed the suit, I wanted to make sure it included gravitas,” said Florestal to the AmNews. “I included emails between Cybil and various third parties at NYCHA. We also have audiotape between Cybil and other parties discussing the matter.

“They can say all they want, but the facts will come out,” said Florestal. “Let them try to explain away those emails.”

Florestal told the AmNews that he expects court proceedings to last less than a month. “When it comes to litigation, the city is notorious for waiting until the last minute to settle,” he said. “But there’s so many parties involved that there’s a lot to lose. I hope it goes the distance, because I want people to see the ugly side of politics.”