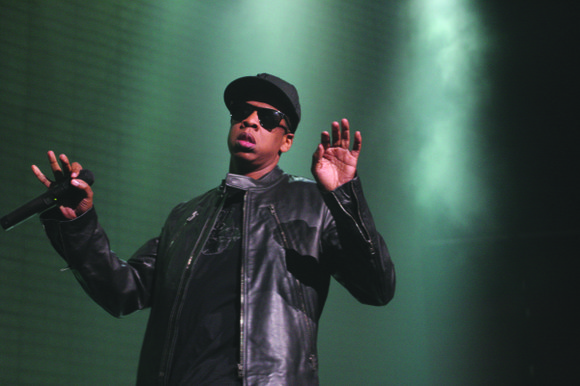 Hip-hop mogul Jay Z will headline a concert for Democratic presidential nominee Hillary Clinton in Cleveland before Election Day. According to reports, a campaign aide confirmed the news that Hova will perform in the event that is aimed at mobilizing Black youth to turn out for Clinton in this battleground state. Ohio is one of several states that Clinton has to win to defeat Donald Trump in this year’s presidential election. Jennifer Lopez will also perform in Miami for Clinton Oct. 29.

“Mr. Church,” starring Eddie Murphy, is available now on Blu-ray and Digital HD. “Mr. Church” tells the story of a unique friendship that developed when a little girl and her dying mother retain the services of a talented cook, Henry Joseph Church. The movie will be available on Blu-ray (plus Digital HD) and DVD (plus Digital) for $24.99 and $19.98, respectively.

Songstress Keke Wyatt recently released a new single and video, “Jodeci,” from her new CD. “Everything on this album that I wrote is literally what I go through with my husband, Michael Jamar Ford,” confessed Wyatt. “All the things I want and expect from him. Musically, people want to keep me in a box with Avant, but that’s not my sound, that’s just how people first heard me. My sound is like a big ol’ pot of gumbo.”

The stage presentation of “Zora Neale Hurston: A Theatrical Biography,” began Oct. 20 and continues through Nov. 20, 2016, for 25 performances at the Castillo Theatre, 543 W. 42nd St., New York, N.Y. The show, which celebrates Zora Neale Hurston’s 125th birthday, stars Elizabeth Van Dyke and is written by Laurence Holder and directed by Woodie King Jr. The play is produced as a collaboration between Woodie King Jr.’s New Federal Theatre and the New Heritage Theatre Group.

This season’s new health and wellness expert for Steve Harvey’s daytime talk show is A.D. Dolphin of DHerbs. For the past 10 years, Dolphin has had the No. 1 herbal cleansing method and has been successful with helping change the lives of many celebrities and everyday people by developing a system that is tailor made for them, with what he calls giving your body an “internal shower.”