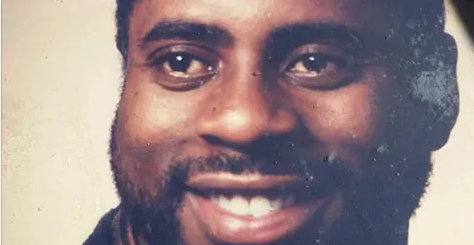 No trial date was announced by Montgomery County District Attorney Daryl Bailey. Smith was charged with murder in March, less than a week after the killing.

"A state Bureau of Investigation Agent, Magistrate, District Court Judge and now a Grand Jury have all determined probable cause that Aaron C. Smith should be charged with the crime of Murder," Bailey said in a statement. "A jury will determine his guilt or innocence."

"We intend to vigorously defend his rights," he said. "We believe that he acted within the line and scope of his duty, his training, and within the law," McDermott told the website.

Gunn, a 59-year-old African-American, was killed in the early February 25. After leaving his job at a grocery store, Gunn went to see his girlfriend and was taking a short walk home to his mother's house to nap, shower, then head off to work again, his brother Kenneth said.

Smith, a 23-year-old white officer, approached him on foot, police have said. At some point, according to Chief Ernest Finley, there was a struggle and the officer shot and killed Gunn, Finley said.

McDermott has said the shooting was justified after Gunn ran from the officer and then fought him.

Earlier this week, a Minnesota police officer was charged with second-degree murder in the shooting death of a man. Authorities say Jeronimo Yanez shot and killed Philando Castile last July during a traffic stop.

News of Castile's death spread across social media when his fiancée live-streamed the aftermath of the shooting on Facebook.

Yanez turned himself into authorities Thursday and had his first appearance in court on Friday.