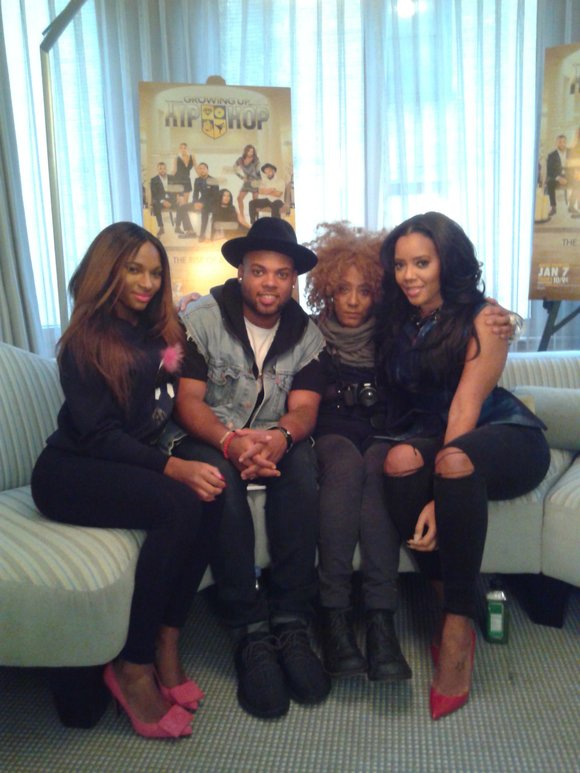 Following their young, privileged lives is interesting viewing because growing up with money has it’s own set of challenges. Based on the pilot and clips from season one, this show will be packed with drama and life-altering challenges in part because the pressure to live up to their parents’ legacy is a constant source of anxiety.

According to Romeo, his father has been grooming him since birth to be “just like him” and added that “strict wouldn’t be the word for my pops!”

DeBarge appears as fragile as frozen angel wings. The fact that her father is behind bars because of his crippling drug addiction has made her family legacy a “blessing and a curse.”

Mizell is currently working as a DJ and performing in venues around the world. However not having his deceased father in his life, makes his journey more bitter than sweet.

Equally fragile, or so it appears, is the young Egypt, who is constantly clashing with her mother. From our vantage point, it appears that Pepa is a “stage mom from hell” and a bad manager, trying to guide her daughter into a musical career that she may not vocally able to handle.

Meanwhile, the soft-spoken Dash (aka Boogie) has his father weighing on his slender shoulders. In episode one, Damon Dash “goes in” on Simmons on what she thinks is a “stressful life.” Simmons, who is preparing for her first fashion show around her faux fur line, Foofi, named after her toy poodle, let’s it all hang out, so to speak, at a swanky event held at an art gallery owned by young Dash.

“I feel like I have a lot of stress around my fashion show,” shared a smiling Simmons.

“Stress is having a gun [pointed] at your head,” said Dash, the legend. “You don’t have to hustle, you don’t have to kill nobody. In the streets, that’s not considered stress … that’s white people problems!”