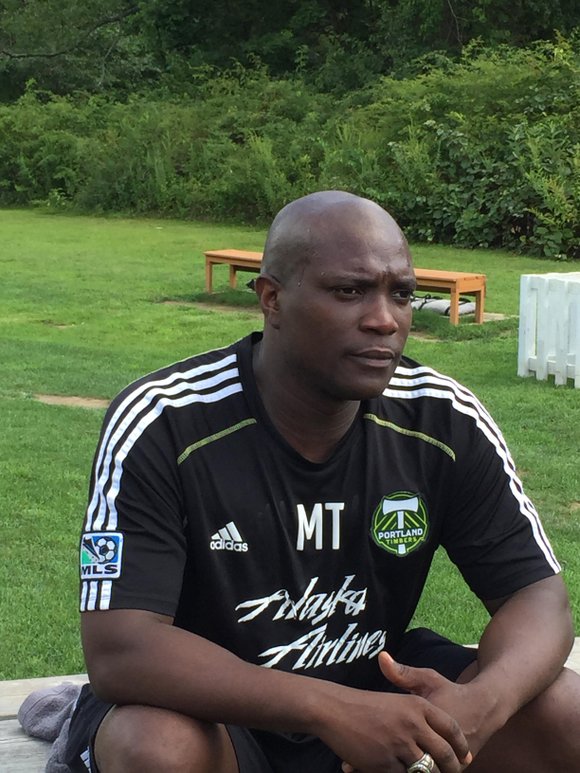 In a rare decision, Friday, presiding St. Lawrence County Court Judge Felix Catena ruled that the DNA evidence in the upcoming trial of Oral Nick Hillary is “unreliable” and cannot be used at trial.

Hillary, the former head coach of the Clarkson University Soccer team, has been charged with the 2011 “murder” of 12-year-old Garrett Phillips, the son of Hillary’s former girlfriend, Tandy Cyrus.

On Oct. 24, 2011, police arrived at the home of Phillips because of a call received from neighbors alleging that they had heard a cry for help from the apartment. When the police entered the apartment with the landlord, they found Phillips unconscious. Two hours later he was pronounced dead.

No one else was in the apartment. It was determined that the boy died as a result of strangulation. Dozens of samples of DNA were collected at the scene. Other than the contested results computed by one of the STRmix creators, Dr. John Buckleton, and ordered by St. Lawrence County DA Mary Rain, there was no physical evidence linking Hillary to the crime.

In a Frye hearing held July 25, 2016, the defense argued that the expert testimony and the DNA evidence presented by the prosecution should not be admissible at trial. Judge Catena agreed.

According to the court’s decision, “the lack of internal validation by the New York State Police crime lab, as candidly admitted by Dr. Buckleton, precludes use of the STRmix results.” Based on Dr. Buckleton’s testimony, the decision continued, the results produced are “unreliable” and cannot “adequately account for the absence of defendant’s alleles in the composite profile.”

In short, the use of the STRmix could not lay a foundation for the introduction of evidence. Thus, the defendant’s motion to preclude the evidence was granted.

Also in decision the judge states, “Beginning in 2013, the New York State Police crime lab contacted Cybergenetics, Inc., to run the data obtained from the fingernail scrapings through their probabilistic genotyping software program called TrueAllele. The results were inconclusive. Nonetheless, the defendant was indicted for the victim’s murder in 2014 …”

“We are pleased with the judge’s decision,” said Norman Siegel, one of the defense attorneys. “It is a correct one and it speaks for itself.”

Rain, who had banked her case on this evidence and STRmix, was unavailable for comment.

DNA expert Clint Hughes of Hillary’s defense team said he was “delighted” about the decision. He said the prosecution had taken the DNA sample to another expert who came up with results “radically different from the results that they gotten before.”

Siegel said the next step was to meet with their client and discuss matters as they prepare for the trial set to begin Tuesday.