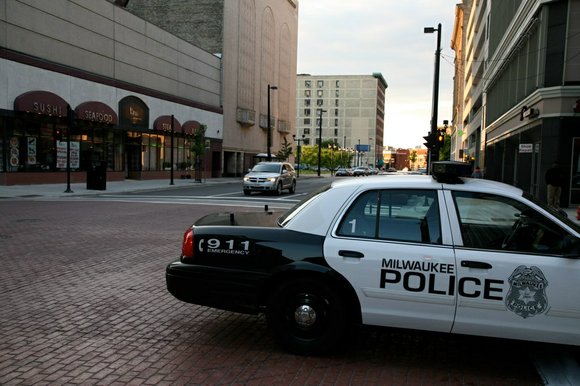 Milwaukee has the unfortunate distinction of being the country's most segregated city between blacks and whites, according to a recent study. And racial tensions stemming from the treatment of African Americans -- most recently Saturday's shooting death of an armed black man by police -- have led to heated protests.

Here's a look at some of the city's most notable cases.

Riots broke out after the city council voted in July 1967 against a fair housing ordinance that would help protect blacks from racial discrimination, the New York Times reported. Three people died, at least 100 were injured, and more than 1,000 were arrested, according to the Milwaukee County Historical Society.

In September 2010, car theft suspect James Perry suffered a seizure while in a jail cell and hit his head. Officers took him to a hospital, where he was medicated and released, CNN affiliate WITI said. Officers left Perry in another cell for over an hour, returning to find blood and fecal matter on the floor. Perry later died of a heart attack after what some considered a slow police response.

Members of Occupy the Hood protested repeatedly on the streets of Milwaukee, calling for the resignation of Police Chief Edward Flynn. The group said it supports "the liberation" and "the quality of life of disenfranchised" people of color.

In July 2011, 22-year-old Derrick Williams died in the back seat of a Milwaukee police squad car, according to CNN affiliate WITI. Williams, who was suspected of an attempted robbery, struggled to breathe in the car for about 15 minutes without help. His death was captured on a police car camera. The case sparked protests in Milwaukee, but none of the officers were disciplined or charged.

In September 2011, Milwaukee police Officer Richard Schoen repeatedly punched Jeanine Tracy in the head in the back of a squad car, CNN affiliate WISN reported. Schoen was fired, but a city police commission reinstated him. A week of protests ensued, and the police commission reversed its decision and fired Schoen.

In April 2014, white officer Christopher Manney shot Dontre Hamilton more than a dozen times. Manney said he opened fire when Hamilton, a mentally ill black man, grabbed his baton and struck him with it.

Activists from the "Black Lives Matter" movement rallied, denouncing the treatment of black residents in the city. No charges were filed against the officer.

CNN's Ray Sanchez and Gul Tuysuz contributed to this report.