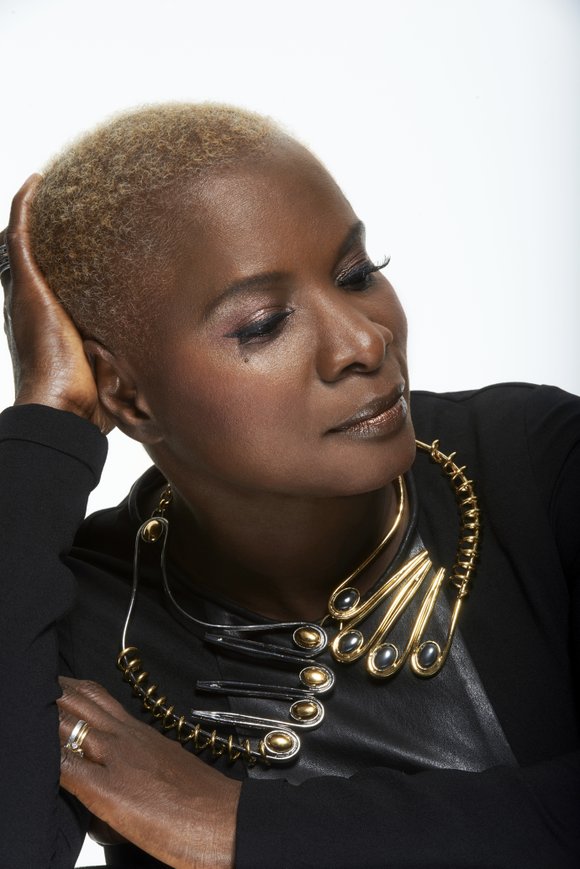 The internationally renowned singer Angelique Kidjo will be paying tribute to her idol, Miriam Makeba, at Carnegie Hall this coming Wednesday, Nov. 5.

In a show titled “Mama Africa: A Tribute to Miriam Makeba,” Kidjo will honor both the musicianship and activist work of the South African artist, whose stance against the race-based segregationist system of Apartheid caused her to be banned from her own country for 27 years.

Kidjo was born and raised in the West African nation of Benin, but she says the larger-than-life image of South Africa’s iconic Miriam Makeba was projected across the entire continent and came to her at a young age. It changed her life.

“I’ve been doing this tribute to Miriam Makeba for a while now,” Kidjo explained in an exclusive interview. “For me, she is the one who really opened my possibilities as an artist.

“I grew up listening to all music from all parts of the world. And when I was a young kid, I was very mesmerized by the artwork on album covers. But they made me come to the conclusion that only men were able to do music—be they Black, white, yellow or red. And then, the first Black woman that I saw on a cover was Aretha Franklin. After that, I said, ‘OK, you have to be American to be a female artist on the cover of an album.’ And it had been like that for a couple of years, until Miriam Makeba’s music—that transformed my life. It gave me the sense that, you can be an African person and play anywhere, on any stage on this planet.”

Kidjo first gained fame in Benin by recording a cover of one of Makeba’s classic songs, “Les Trois Z.” Kidjo became popular throughout West Africa, but because of her nation’s political situation, she left Benin. After relocating to Paris, she worked with various musicians before being signed to Island Records in the 1990s and becoming internationally famous after her first world tour.

Kidjo’s current world tour is to promote her new album, “Eve” (2014), and her autobiography, “Spirit Rising: My Life, My Music” (New York: HarperCollins Publishers, 2014). But making time for the Carnegie Hall Miriam Makeba tribute is a priority.

“She was just an amazing person,” Kidjo says. “She just gave me so much strength every time, and I want to give back. I want to tell young kids and people that music is not only about making money, it’s also about a conscience, about the role that we play as storytellers, as the voice for the one’s that have no voices. We’ve got to play that role because that’s what we do, and Miriam was very good at it. She sacrificed so much for it.”

Makeba, who was popularly known as “Mama Africa,” lost her South African citizenship after appearing in the 1960 documentary “Come Back, Africa.” But the artist continued to speak out against Apartheid from her new home in Guinea. After being granted asylum in Guinea, Makeba served as a United Nations delegate for Guinea between 1964 and 1975, and she used her podium at the world forum to speak out against South Africa’s racist laws.

After Kidjo met Miriam Makeba, the two were able to record and perform songs together. As part of the Carnegie Hall show, Kidjo will feature Makeba’s supporting singers Faith Kekana, Stella Khumalo and Zamo Mbutho and incorporate Makeba’s music and politics into the performance. 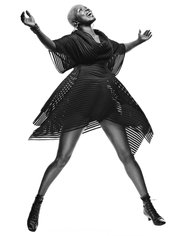 “Tell the story of her journey, tell the story of her trauma—what she’s been through and how she has transcended all those difficulties and used music as a vehicle to ask for the ban on Apartheid in South Africa. She was the first African artist that spoke in front of the UN! That’s why I am bringing young people on stage with me to sing for her.”

Kidjo concluded, “To sing her songs and to tell the world that this music is cool. It’s really cool, and we got to do something about it. That’s what I want to do.”