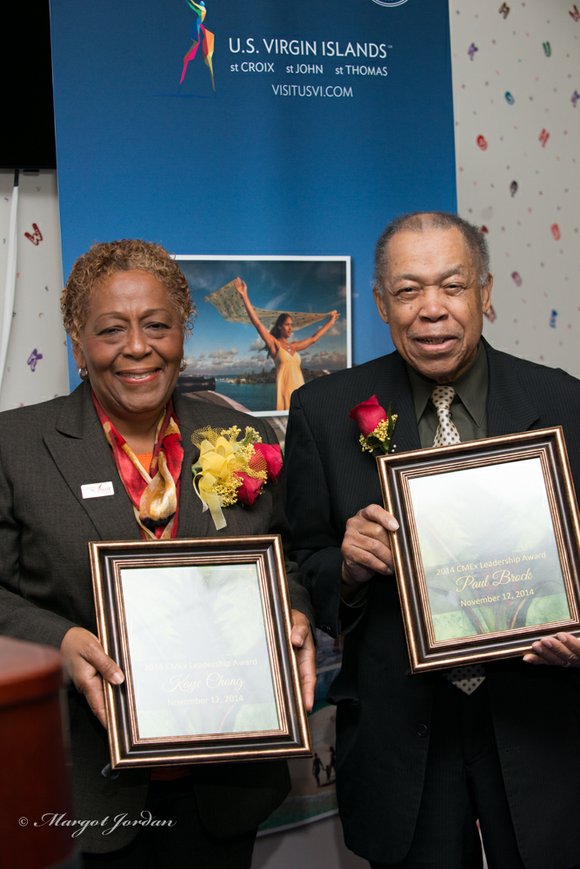 A pioneering media visionary who gave Black journalists a voice of their own was recognized for his vision and outstanding leadership at the Wells Fargo Home Mortgage-sponsored Evenings of Excellence and Caribbean Media Exchange leadership awards ceremony in Brooklyn last week.

Paul Brock, the founding executive director of the National Association of Black Journalists and recipient of the 2014 Caribbean Media Exchange Leadership Award, was recognized for giving journalists of color an organization that could speak for them and add to the truth of stories in the U.S. democracy.

“When the definitive history of journalism in the United States is written, Paul Brock will feature for his visionary and pioneering work,” said CMEx’s Lelei LeLaulu, who said Brock’s career, which began in the U.S. Virgin Islands, helped widen and deepen the reach of North American media.

Also receiving the CMEx Leadership Award was Kaye Chong of Caribbean Airlines, who has amassed awards, recognition and respect across the Caribbean Diaspora in the United States as a connector of people in the Caribbean as well as those in the Diaspora.

Chong currently serves as the U.S. focal point for special markets with Caribbean Airlines and has helped the airline cement solid relations with the Diaspora, the multicultural and the faith travel markets.

Zhivargo Laing, former minister of state for finance in the Bahamas, delivered a stirring motivational address on the topic of “Discovering the Power to Rise,” about the need to bounce back quickly from adversity in difficult times.